New Zealand Protestors Disobey Their Masters To Continue To Protest 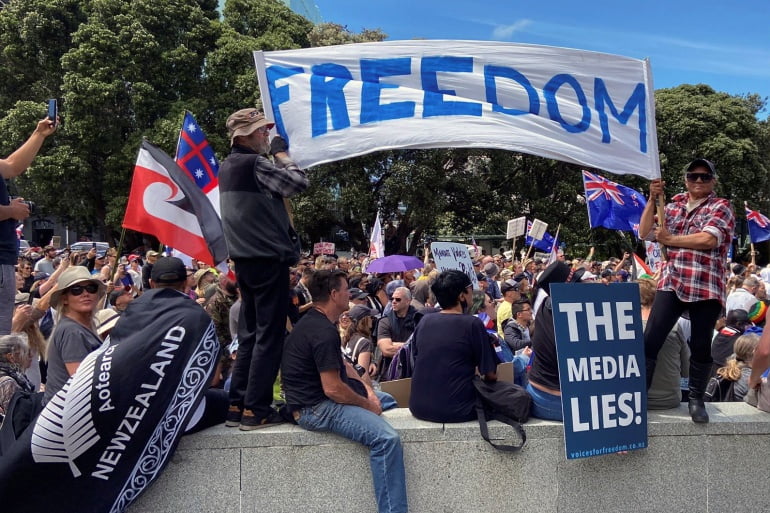 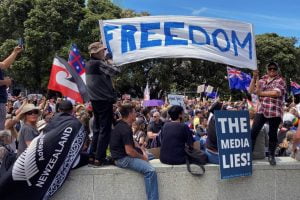 Protestors in New Zealand have defied the orders to disperse by both the ruling class and those who keep the rulers in power; the police. They have decided to stay in defiance of warnings from those who think they still own other human beings and can command them.

Hundreds of protesters defied a police ultimatum to leave the area around Wellington’s ‘Beehive’ parliament on Wednesday, with the crowd continuing to swell. The authorities have described the ongoing demonstration as “orderly” but still do not want them to continue to stand up to their owners. 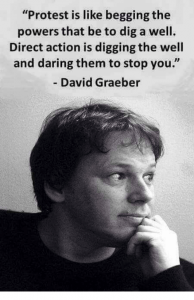 According to a report by RT, these protests were inspired by the ‘Freedom Convoy’ in Canada, activists have blocked several roads in the capital with trucks, vans, and motorcycles for nine days. Protesters have also been camping on the grounds outside the distinctive parliament building.

Had a bird’s eye view of the protest in Wellington tonight. It is not going away in a hurry. pic.twitter.com/mG9NFHxpDo

Head tyrant of New Zealand, also called Prime Minister Jacinda Ardern, has refused to lift restrictions or give her slaves a little more freedom. She went on to labeled the demonstrations as an “imported” phenomenon and has refused to consider loosening restrictions, including border controls, which have cut thousands of expatriate New Zealanders cut off from families.

The country is currently experiencing its highest infection rate since the pandemic began, amid the spread of the Omicron variant. More than 1,100 cases were reported on Wednesday. New Zealand has reported a total of around 22,300 infections, including 53 deaths.

Speaking to RT, Franko Heke, a musician and meditation teacher who has been at the forefront of the activism, said that New Zealand’s vaccine mandate is doing far more harm than Covid itself. It’s “tearing apart families, stripping away jobs from needed and hardworking New Zealanders, sending our country’s mental health through the floor and upping our suicide rates, all for the now weakest strand of the virus,” he stated.

Remember, these protests are just the start. To have any effect on rulers, masters, or dictators, you have to strike the roots, not the branches. It all starts with one question: who owns you?