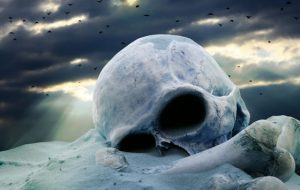 Life insurance claims jumped more than expected in 2021 in the United Kingdom.  The mainstream media continues to pretend this is all from the un”vaccinated” but if that’s true, why is this happening after the “vaccines” were released, and not in 2020, the “year of the pandemic?”

The global life insurance industry was hit with reported claims of $5.5 billion in the first nine months of 2021 versus $3.5 billion for the whole of 2020, according to insurance broker Howden in a report on January 4, while the industry had expected lower payouts due to the rollout of vaccines, according to Yahoo News.

“We definitely paid out more than I had anticipated at the beginning of last year,” said Hannover Re board member Klaus Miller. The media is blaming the Delta variant for the deaths, and not the vaccines, even though the evidence is otherwise. How much longer are people going to believe and bow down to their owners and masters instead of standing up as free humans?

Life insurers in the United States also made the connection that once vaccines were rolled out, deaths and claims jumped.

Dutch insurer Aegon, which does two-thirds of its business in the United States, said its claims in the Americas in the third quarter were $111 million, up from $31 million a year earlier. U.S. insurers MetLife and Prudential Financial also said life insurance claims rose. South Africa’s Old Mutual used up more of its pandemic provisions to pay claims and reinsurer Munich Re raised its 2021 estimate of COVID-19 life and health claims to 600 million euros from 400 million. The long-term nature of life insurance products – often lasting 20 years or more – means premiums are not yet capturing the risk that deaths or long-term illness from COVID-19 will likely remain higher than previously estimated. Competition in the industry is also keeping a lid on premiums. -Yahoo News, UK Finance

Mike Adams with Natual News says this is the “vaccine holocaust” being covered up by the media and playing out before our very eyes.

Under this dangerous death cult of “science,” the whole world is supposed to pretend that covid vaccines are halting infectious, transmission, and hospitalizations, all while looking the other way when so many vaccinated people prematurely die. Israel, at a 96.2% vaccination rate across the population, is now leading the world in covid cases per capita. This proves the vaccine has the opposite effect that we were promised in the name of “science.” In fact, the more a country vaccinates its people, the higher covid cases rise. -Mike Adams, Natural News

Things are beginning to get interesting.