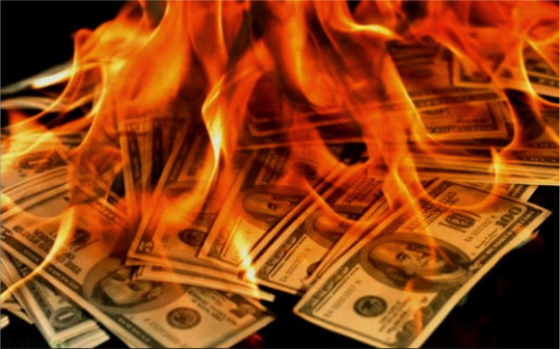 Greg Mannarino says the economic collapse has arrived. “Sit down. Buckle up because this is going to be a wild ride,” says Mannarino.

Mannarino starts by showing the jobless claims have once again almost reached the 1 million mark. People are rarely unemployed and there is no recovery happening unless you are a corporation. “Look, I don’t know another way to say it. We are in an economic collapse here in the United States!”

Even though the entire system is collapsing around us all, the stock market will go higher. It all debt and we have a debt-based system that will eventually self-destruct.  This will have lasting effects on a global scale. The last two presidents have made certain that the debt issued is in record amounts as the middle-class is destroyed by design. “They sold the United States, or whatever is left of it, to the Federal Reserve, and right now, we’re watching a merger in front of our face. Corporations and the new American government, New World Order. Welcome to it!”

Greg Mannarino: It’s Critical To Understand That The Goal Is “Full Control By The Federal Reserve”

America is in free fall. Things will not improve even if another stimulus package is passed, in fact, that will hasten the collapse. If you are not prepared for an economic crash the likes of which we have never seen in human history, now is a great time to get things in order.

We are also seeing countries locking down for a second time doing more untold damage to already fatally wounded economies.  Brace yourself. It has only just begun. “You have no idea what’s coming. This is all by design,” Mannarino makes clear. “Realize how this is set up from the getgo…understand that a new set of rules are coming down the pike as America is in collapse.”

“With regard to the economic collapse we are in, believe me when I say this: you haven’t seen anything yet,” Mannarino says. “This is the opening act. It’s gonna get much much worse.”