South Korea: ‘It Won’t Be Easy For North Korea To Destroy Nuclear Arsenal’ Because It’s So Advanced 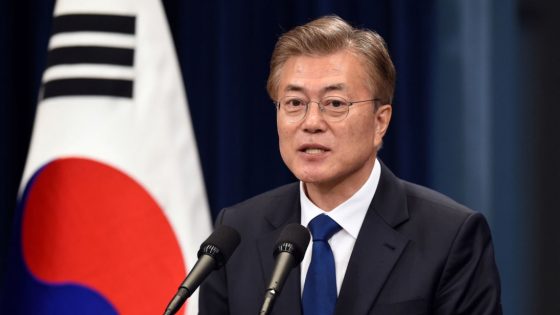 According to South Korean President Moon Jae-in, it won’t be a simple task for North Korea to destroy their nuclear arsenal even if they wanted to. Moon says that because the communist nation’s weaponry is so advanced and more developed than most realize, simple destruction isn’t possible.

North Korea is under heavy international pressure to end its weapons programs, pursued in defiance of U.N. Security Council resolutions. But it has vowed never to give up its nuclear arsenal giving a metaphorical middle finger to the United Nations. According to Reuters, speaking to reporters in the Philippines, Moon said that if North Korea agreed to hold talks, negotiations could be held with all options open.

“If talks begin to resolve the North Korea nuclear issue, I feel it will be realistically difficult for North Korea to completely destroy its nuclear capabilities when their nuclear and missile arsenal are at a developed stage,” Moon said in a briefing. “If so, North Korea’s nuclear program should be suspended, and negotiations could go on to pursue complete denuclearization.” But talks, according to Washington, aren’t in the works.

Last week, the North said it did not oppose dialogue, but would “never put the issue related to the supreme interests of the Democratic People’s Republic of Korea (DPRK)  and security of its people on the bargaining table”.

“We are not interested in such dialogue and negotiations in the least,” the North’s official news agency said, referring to the country by its official name, the Democratic People’s Republic of Korea. The North defends the programs as a necessary defense against Washington’s plans to invade. The United States, which has 28,500 troops in South Korea, and a legacy of involvement in the 1950-53 Korean war, denies any such intention.

United States President Donald Trump has traded insults and threats with North Korean leader Kim Jong Un as North Korea races toward its goal of developing a nuclear-tipped missile capable of reaching the United States. Trump threatened in his maiden U.N. address to “totally destroy” North Korea if the United States was threatened and has said the time for talking, the policy of previous U.S. administrations, is over.

Moon also reiterated his stance that now was the time to increase pressure on North Korea so that it would come to talks. He said differences in understanding between South Korea and China, North Korea’s lone major ally, regarding the deployment of the U.S. Terminal High Altitude Area Defense (THAAD) system on South Koran soil had not been resolved. “China has not said it has changed its stance to agree to THAAD and still says THAAD infringes on its security. We have, in turn, explained THAAD is not aimed at China but only toward curbing North Korea’s nuclear and missile provocations,” he said.