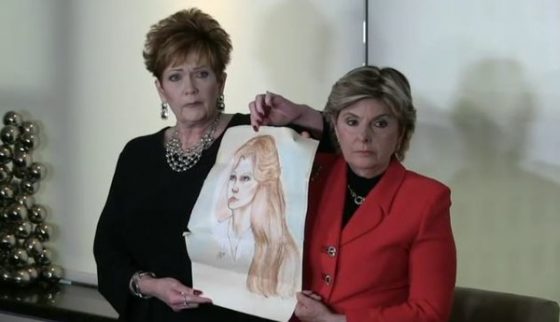 In what has become a bombshell admission, Roy Moore accuser Beverly Young Nelson has now openly admitted that she forged a portion of her infamous high school yearbook that was used as “proof” of the disgusting accusations against the Alabama Senate candidate.

During an interview with ABC News, Nelson made the bombshell admission which was immediately glossed over by the mainstream media reporter who acted as if her admitting she forged at least part of the yearbook was no big deal.

As Breitbart reported, “In yet another blow to the credibility of ABC News, the disgraced, left-wing network downplayed the bombshell by presenting this admission of forgery as adding “notes” to the inscription. Worse still, the reporter actually coaches Nelson, puts words in her mouth, downplay the enormous significance of her deceit.”

Beverly Young Nelson, one of the women accusing GOP Senate candidate Roy Moore of sexual misconduct, tells @GMA it “sickens” her to think what might happen if Moore is elected. https://t.co/wuEGWr0kng pic.twitter.com/lcp5OY4x3A

The ABC News reporter, in a pathetic attempt at pretending what he was about to say wasn’t huge news, quickly revealed Nelson’s deceit before pretending it wasn’t deceitful at all. Make no mistake, this is the mainstream media openly covering for a women they are trying to use to take out an anti-establishment Republican.

“Nelson admits she did make notes to the inscription,” the ABC News reporter reveals. “But the message was all Roy Moore.”

“And you made some notes underneath.”

“And then, after a woman admits to forging a document used in a campaign to destroy the Republican nominee for the U.S. Senate in Alabama, ABC News quickly moves on as though it is not news of extraordinary consequence,” the Breitbart report continued.

This is about as transparent as it gets. ABC News attempted to have Nelson reveal the stunning fact that she forged part of the yearbook inscription as if it were not news at all but simply another detail that proves that Moore is guilty.

“How can anyone believe anything she says after admitting to such a thing? Early reports are that Nelson and Allred will produce an expert to prove the rest of the yearbook is not a forgery. So a proven forger is bringing in her own expert. What an insult to the people of Alabama,” Breitbart continued.

“Another problem with Nelson is that she has a motive to lie and forge: as a circuit judge, Moore ruled against her in a 1999 divorce case.”

So there you have it. Whether or not you believe the accusations against Roy Moore, we now have undeniable proof that one of the main accusers, with help from the liberal media, publicly lied about her yearbook and then used ABC News to reveal her lie as if it were no big deal.

Note: Remember when The Washington Post trotted out a former FBI “expert” who claimed there was no evidence that any portion of the yearbook was forged?!