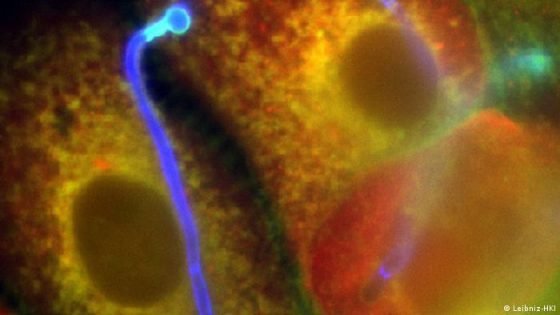 The World Health Organization is blaming the “climate crisis” for pathogens spreading. Fungal infections are spreading because of climate change and they are increasingly becoming resistant to antifungal treatments. They are also more deadly to those who have compromised immune systems.

On Tuesday the WHO published its first-ever list of fungal priority pathogens, cataloging 19 organisms that experts identified as being the greatest threat to public health. They say that these pathogens are spreading because of climate change.

Health-threatening fungi are spreading in geographic range due to climate change, while some fungal diseases spiked during the Covid-19 pandemic, according to authors of a newly released World Health Organization report. -The Guardian

After blaming the climate for fungal infections, The Guardian proceeded to say these types of illness are more deadly and spread in those with compromised immune systems.

“Currently, fungal infections receive less than 1.5% of all infectious disease research funding,” the report found, suggesting the true health burden of fungi is unknown, while “most treatment guidelines are informed by limited evidence and expert opinion”. The WHO’s assistant director general of antimicrobial resistance, Dr. Hanan Balkhy, said in a statement: “Emerging from the shadows of the bacterial antimicrobial resistance pandemic, invasive fungal diseases are growing ever more resistant to treatments, becoming an ever more pressing public health concern worldwide.”

“They’re causing as many deaths as tuberculosis, and more than malaria,” said Dr. Justin Beardsley, of the University of Sydney Infectious Diseases Institute, who led a group commissioned by the WHO.

Of the 19 fungi included, four were identified as being of “critical” priority. These included Aspergillus fumigatus and Candida albicans – the two most common fungal pathogens globally – as well as Cryptococcus neoformans, which is a leading cause of death in people with HIV.

What are the odds that the COVID-19 vaccine has been giving people AIDS, a disease that is also caused by HIV?

Is this all a part of the same agenda? Are there more dots to connect?

Aspergillus fumigatus which mainly affects the lungs, and Candida albicans, which is the most common cause of thrush are invasive and create a high probability of death in those with compromised immune systems.

Infection rates of both pathogens rose in many countries during the Covid-19 pandemic. “We suddenly had a bunch of patients who were getting really sick, coming in with lung damage, being in intensive care and having immune-suppressing medications, and so we saw a spike in the rates of these infections,” Beardsley said.

And now, people are repeatedly injecting themselves with immune-degrading mRNA spike protein injections. So what are we going to see in the future? A fungal pandemic that takes down those with compromised immune systems? There is a reason all of this is tied together so completely in this article and WHO “study” to perfectly align with the Great Reset and another scamdemic, this one real and horrific.