Who Is To Blame For #ClintonBodyCount Trending? Russian Trolls, Of Course! 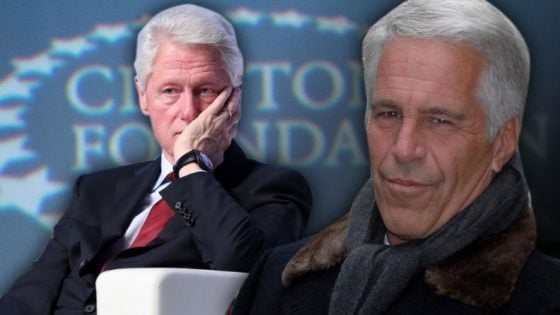 Less than a month ago, when billionaire and accused pedophile Jeffery Epstein attempted to “commit suicide,” the hashtag “Clinton Body Count” began trending. Well, it’s happened again and the United States government is intent on blaming it on Russian trolls for a second time.

The establishment just can’t handle it when people begin to figure things out for themselves, so the desperate attempts to control the narrative once again surface.  And as if history repeating itself has become this year’s anthem, once again, the powers that shouldn’t be are blaming Russian trolls for the trending #ClintonBodyCount.

This newest hashtag was triggered by Epstein’s death by “suicide.”  Yet anyone with even the smallest amount of logical reasoning knew that if there was any chance Epstein’s arrest would implicate anyone in power in the government (past or present) that he would not live long.

The recent death of the disgraced financier and convicted sex trafficker has set social media ablaze, RT accurately reported. The fact that his “apparent suicide,” as authorities keep calling it pending an investigation, took place just a day after a trove of unsealed court documents revealed his ties to the highest ranks of the U.S. establishment – including President Donald Trump and former president Bill Clinton – only added fuel to the furor.

Not long after #ClintonBodyCount began trending, #TrumpBodyCount popped up too as a rival. Finally, the left and the right united on the fact that Epstein’s suicide was anything but.

Yet that’s about the only thing they could agree on.  Twitter chose sides, and as their own analytics have shown, more people think this a problem for Bill Clinton.

The establishment, however, quickly took to blaming the Russian trolls, as anticipated.

It’s sad (and frightening) to see so many Americans on both sides of partisan unwittingly helping them.

Putin has weaponized our polarization.

But he was not the first to drag Moscow into the spotlight of blame wither. Earlier, an MSNBC host, Joe Scarborough, was mocked for claiming that Epstein’s death definitely looks like something the omnipresent hand of the Kremlin would do, according to RT.

It is becoming apparent that the establishment is losing control of their own narrative. The propaganda is failing and when it does, people will be waking up to what they’ve been living under the boot of for a long time.