Watch Carefully as Dangerous Economic Times Approach: “Nothing but Black Swans Ahead” 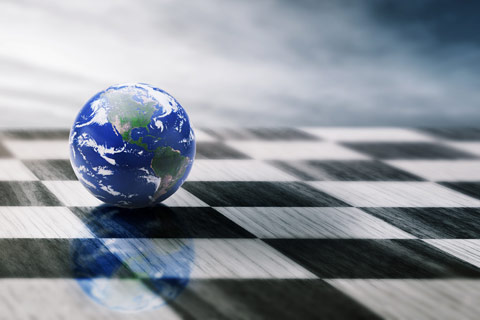 USA Watchdog’s Greg Hunter interviewed investment expert Jeff Berwick on the ominous signs headed our way in the near future, and in particular, in the month of September.

Berwick has, like so many other voices, been on the forefront of warning about the instability of markets ahead, and during the seven year cycle of Shemitah, that it would unwise to ignore their warnings and prepare for a potential market crash.

Whatever does or doesn’t happen in the days and weeks ahead, it has become all too clear that the system is teetering on the edge, and the powers that be are doing all they can to keep the illusion going, and keep the public under the spell that everything is fine.

But as we have all known since nursery school, once the thing cracks and falls apart, even all the king’s men can’t put the thing back together again.

Keeping the music playing while the chairs are rearranged for collapse is more a way of making an orderly exit for the members of the Ponzi scheme than it is any kind of way of repairing the damage or creating a viable economy.

With black swans on the horizon, it is indeed time to beware, and watch the path ahead.

Stock Market Too Big to Fail: “Fed Will Prop It Up Whatever the Cost”

Stocks, Oil Plunge and It’s Not Even September Yet: “Feeling of Fear in the Marketplace”