US Intelligence Reveals North Korea’s ‘Kryptonite’: Can The US Win A War Without Firing A Shot? 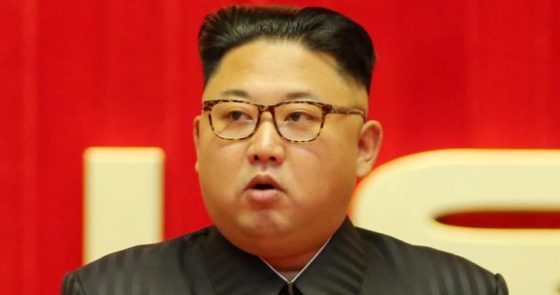 Dennis Blair, a former director of US Intelligence, revealed Tuesday what he believes is North Korea’s “Kryptonite.” Blair says this one small thing could topple Kim Jong-Un’s regime without even firing a shot.

While US officials contemplate military action to prevent the reclusive regime from obtaining nuclear weapons, Blair, who is a former US Navy admiral, has suggested another method of attack. He says the US should deploy tactics that wield information, not weapons.

North Korea is largely cut off from the outside world and they have no idea how bad and oppressive things are in their country, Blair said, because they’re subject to an “unrelenting barrage of government propaganda.”  According to Business Insider, North Korean citizens caught with South Korean media can be sentenced to death or sent to horrific prison camps, as control of the media and intolerance for different narratives are pillars of North Korea’s government.

The US could use the recent cellphone trend spreading through North Korea to their advantage, says Blair.  Basically, while having North Korean state-run propaganda blaring through their devices, the United States could also input their own propaganda through text messages on civilians phones.  About one in five North Koreans own a cellphone, many of which can connect to Chinese cell towers across the Yalu River along the countries’ border, he said.

“Texts to these cell phones can provide subversive truth,” Blair said. “Cell towers can be extended; CDs and thumb drives can be smuggled in; radio and TV stations can be beamed there. The objective is to separate the Kim family from its primary support — the secret police, the army, and the propaganda ministry,” Blair said.

Yun Sun, a North Korea expert at the Stimson Center, told Business Insider last year that a similar idea floated by a former US Navy SEAL warranted looking into.  “Kim Jong Un understands that as soon as society is open and North Korean people realize what they’re missing, Kim’s regime is unsustainable, and it’s going to be overthrown,” Sun said. Sun said that in the past when South Korea flew balloons that dropped pamphlets and DVDs over North Korea, Kim’s government responded with the military, unaccepting of outside information.

Blair pointed to other totalitarian states where popular uprisings have become informed and sought to take down a media-controlling dictator, concluding his testimony by saying that “once that process starts, it is hard to stop.”

It’s also important to remember too, that North Koreans are starving and unarmed.  Any attempt to overthrow a dictatorial regime by the people of North Korea could be squashed immediately.