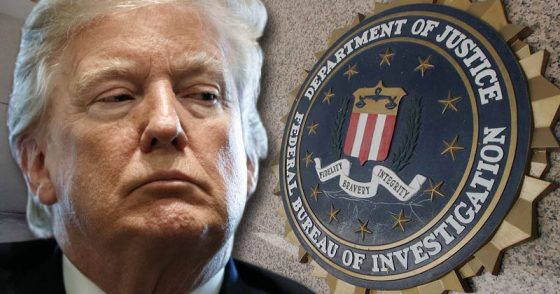 By now, most have heard that the FISA memo detailing the major scandal in the FBI was released. Democrats and the deep state FBI are attempting damage control over the biggest scandal in American history.

Let’s start with the cold basic fact: if the left had any evidence that Donald Trump colluded with Russia to win the 2016 presidential election, it would have been broadcasted all over the deep state’s mainstream media.  Instead of constantly repeating the lie, we would have been shown the evidence. But there is no evidence. Not one single shred.  However, there is mounting evidence that the FBI used lies and false information to weaponize and politically align themselves with the left.

Just to compare, according to History.com, the “Watergate scandal began early in the morning of June 17, 1972, when several burglars were arrested in the office of the Democratic National Committee, located in the Watergate complex of buildings in Washington, D.C. This was no ordinary robbery: The prowlers were connected to President Richard Nixon’s reelection campaign, and they had been caught wiretapping phones and stealing documents.”

Although this parallels the scenario that unfolded in 1972, it is different in one striking and extremely disturbing way. This scandal involves the FBI, who chose sides politically. As Bloomberg reports, the “memo says that the FBI presented an opposition research dossier as evidence to a secret court for warrants to spy on Page beginning in October 2016. The bureau did not tell the court that this dossier was paid for by the Democratic Party and the Hillary Clinton campaign through cutouts. Senior officials at the bureau and the Justice Department knew all of this, but declined to tell the judge who approved the warrant, according to the memo.”

So we can see similarities and differences between Watergate and the FISA abuse. Both occurred in the midst of a presidential election campaign. Both involved the executive branch of government spying on member[s] of the opposition party who were seeking the White House, perhaps to gather dirt on them. Both used illegal means to effect that spying. Both involved paying ex-spies (ex-CIA agent E. Howard Hunt, for instance, in Nixon’s case) to make mischief.

Democrats also spent the week before the FISA memo’s release lying to the American people. They repeatedly claimed the “memo was full of ‘classified information’ and releasing it would expose ‘our spying methods,’” as FrontPage Mag’s Daniel Greenfield put it. He then wryly opined, “By ‘our,’ they didn’t mean American spying methods. They meant Obama’s spying methods.” Greenfield later wrote that the “Clinton campaign had enlisted figures in the FBI and the DOJ to manipulate an election. The coup against America operated as a ‘state within a state’ inside the United States government.”  Add in the fact that the mainstream media continued the lies to manipulate the minds of the public. All of this is turning out to be conspiracy fact, making the FISA abuse indeed far, far worse than Watergate.

“The mainstream media was exploited by the deep state to plant fake news,” Mike Adams declares. This scandal reaches far deeper than anyone could have ever imagined. “This is why the fake news media is a clear an present danger to America…and you’ve only begun to hear the surface of this [scandal].”

It’s fairly safe to say, that the sh*t has hit the fan and the government’s deep state ties and lies are all becoming apparent.  Unless you’ve got your head so far up Communism’s backside you can’t even comprehend reality at this point, it easy to see that the Democrats (the DNC and Hillary Clinton’s campaign), the FBI, and Barack Obama himself may have done irreversible damage to the United States.