U.S. Ruling Class Does Not Want To Contain The Coming Food Crisis 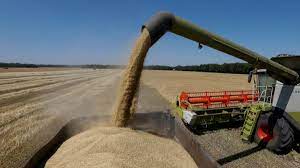 Anyone who has purchased anything from a grocery store in the past year has noticed that prices are increasing at a rapid rate as supplies dwindle. The rulers of the United States have no desire to diminish the food crisis, but rather expand and compound it.

Even though this food crisis obviously started and was noticeable several months before Russia “invaded” Ukraine, the masters and their mainstream media puppets are blaming the “conflict.”

According to a report by Politico, Ukrainian President Volodymyr Zelenskyy told the U.N. Security Council Tuesday that Moscow has provoked “a global food crisis that could lead to famine in Africa, Asia and other [regions] and large scale political chaos in many countries.”

Russia’s military is pushing further into Ukraine’s wheat fields, which could jeopardize millions of tons of grain set to be harvested in July — threatening sustained shortages in countries across Africa and the Middle East that rely on Ukraine as a major source of their grain and sunflower oil to feed millions of people. The crisis has also contributed to sky-rocketing grain prices, which has made it harder for humanitarian organizations like the United Nations’ World Food Program, to respond; the agency says it needs an additional $16 billion to feed a record 137 million people for the rest of the year. –Politico

The crisis we all face is not just in supply, even though we have seen food supply dwindling. The inflation, that’s now bordering on hyperinflation is going to hit most Americans’ wallets rather abruptly and hard. We could very well see food riots by the end of summer if prices continue. But this is shaping up to be a “goal” of the rulers: control people through food.

The mainstream media did admit that the higher demand for wheat, corn, and other food supplies is also hitting at a time when farmers across the world are under immense financial pressure from high costs for fuel, fertilizer, seed, and other agricultural inputs.