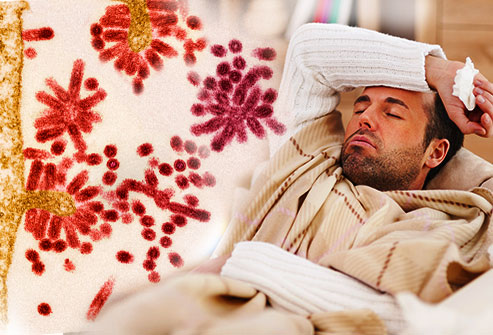 Imagine that. The seasonal flu that has infected hundreds of thousands of Americans every year has magically disappeared since COVID-19 has surfaced.

If you want to read the most blatant propaganda on Earth that only those with absolutely no critical thinking skills would believe, look no further than Scientific American’s reason why there is no more flu:

The reason, epidemiologists think, is that the public health measures taken to keep the coronavirus from spreading also stop the flu. Influenza viruses are transmitted in much the same way as SARS-CoV-2, but they are less effective at jumping from host to host. -Scientific American

If that’s the truth, why aren’t the masks and “public health measures” stopping COVID-19? People who mask religiously are still getting it. Below is an article about a study conducted by the ruling class and their own alphabet agency that has shown that most of those who get sick follow their commands and wear the muzzle around all the time.

Or are people getting the flu and the PCR tests that aren’t diagnostic tools are set to show a positive COVID-19 test for almost anything? How about you decide. Since the mainstream media can’t be bothered to ask questions, only follow orders, it’s up to us to use our discernment.

As Scientific Americanreported last fall, the drop-off in flu numbers was both swift and universal. Since then, cases have stayed remarkably low. “There’s just no flu circulating,” says Greg Poland, who has studied the disease at the Mayo Clinic for decades. The U.S. saw about 600 deaths from influenza during the 2020-2021 flu season. In comparison, the Centers for Disease Control and Prevention estimated there were roughly 22,000 deaths in the prior season and 34,000 two seasons ago. -Scientific American

It kind of makes one ponder when they’ll bring in COVID-21 to panic the masses? Is that what all the variants in India are for?

The Fear-Mongering Continues: Over 7,000 COVID-19 Mutations In India, Variants Spread In CA

We had better open our eyes and start really asking some questions about this massive hoax.  Time will be up eventually and then there is no going back. With massive amounts of the population already convinced to take a falsely labeled “vaccine” that no one knows the long-term side effects of, things could get interesting, to say the least.

Never stop asking questions. Stay alert and prepared. If we lose our discernment we will be pulled around by the invisible chains the ruling class is desperately trying to fasten on us. Double-check your preps every few weeks because this is not over.  They tell us that much several times a day. But what’s next, is anyone’s guess.