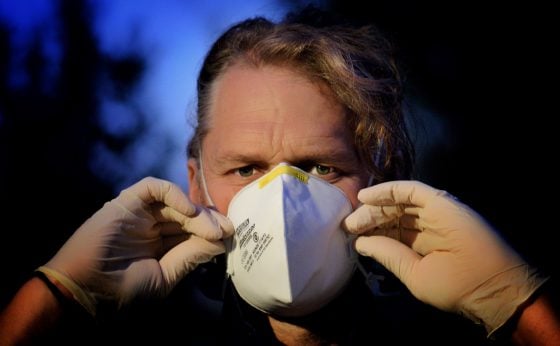 A new study released by The Centers for Disease Control and Prevention has released the findings of a new study, in which the overwhelming number of new coronavirus cases came from people who religiously wear masks. The study, which was released in September and ignored by mainstream media and politicians found that masks are ineffective at the prevention of viral infections.

The study, which was conducted in the United States in July found that when the CDC compared 154 “case-patients,” who tested positive for COVID-19, to a control group of 160 participants from the same health care facility who were symptomatic but tested negative, over 70 percent of the case-patients were contaminated with the virus and fell ill despite “always” wearing a mask.

In the 14 days before illness onset, 71% of case-patients and 74% of control participants reported always using cloth face coverings or other mask types when in public,” the report stated.

Despite over 70 percent of the case-patient participants’ efforts to follow CDC recommendations by committing to always wearing face coverings at “gatherings with ≤10 or >10 persons in a home; shopping; dining at a restaurant; going to an office setting, salon, gym, bar/coffee shop, or church/religious gathering; or using public transportation,” they still contracted the virus. –The Federalist

This more than proves that face masks are ineffective at stopping COVID-19, so why does the CDC still recommend them? Is there something more sinister going on? That’s up to you to decide, but I would personally say it is more than a possibility.

The Director of the National Institute of Allergy and Infectious Diseases Dr. Anthony Fauci, and many political authorities are still encouraging people to wear masks as well. Several states, cities, and other municipalities have even mandated face masks, citing them as one of the main tools to “slow the spread” of coronavirus and keep case numbers in their area down.

The mainstream media is deliberately ignoring this information, to obviously lay cover for tyrannical politicians seeking more power and control.