“Slacking Off”: Young Adults Living In Parents’ Basement Most Common For First Time Ever 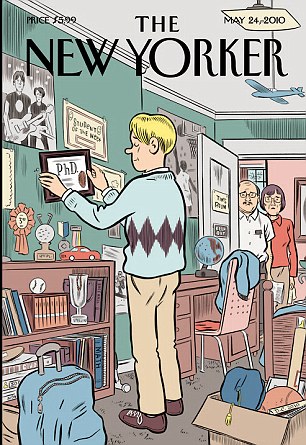 Moving into the basement or prolonging a stay in a childhood bedroom filled with outgrown toys and posters used to be a last resort for struggling 20-somethings, but now it is officially the most common situation for millennials and even those in the their early 30s.

These cold statistics reveal not only a brutal economy with few good job prospects, but a generation that is failing to branch out and start a new life on their own – a necessary phase of continuity in the human species.

All of this paints a grim future and a disappearing American Dream.

According to the Associated Press:

Many of America’s young adults appear to be in no hurry to move out of their old bedrooms.

For the first time on record, living with parents is now the most common arrangement for people ages 18 to 34, an analysis of census data by the Pew Research Center has found.

And the proportion of older millennials — those ages 25 to 34 — who are living at home has reached its highest point (19 percent) on record, Pew analysts said.

The vicious cycle between an economy that is too brutal to make young adults comfortable and secure enough to start out on their own is also further declining as 20-somethings and 30-somethings shelter in place and avoid consumption, spending, investment, etc.:

The pattern may be a contributing factor in the sluggish growth of the U.S. economy, which depends heavily on consumer spending. With more young people living with their parents rather than on their own, fewer people need to buy appliances, furniture or cable subscriptions. The recovery from the 2008-09 recession has been hobbled by historically low levels of home construction and home ownership.

Millennials are also putting off buying cars, buying houses, getting married, having kids and other grown up activities that used to be a default of adult life for the majority of Americans.

Instead, it is a future of mostly singles with a tough time finding the jobs they want to become careers.

To her parents, it looks as though she’s slacking off.

“It’s definitely a generation gap,” she said. “I think they literally think I just sit down and watch Netflix all day.”

Along with that goes a later and later average age for marrying and having kids, further stalling the birth rate which has already fallen sharply below the replacement rate of 2.1 children per couple.

Instead, we are entering a dark future where “me” comes before any other unit of society, and nearly everyone is becoming a self-absorbed and self-centered automaton whose closest relationship is with a smart phone.

Is it too conspiratorial to suggest that governments will have a far easier time controlling everyone with a nation full of (adult) children?

If people never grow up enough to move out on their own, how can they be prepared to deal with emergencies of any kind, face dangers and problems or, gasp, help others to deal with the harsh realities of life, too?

Can’t-Do Generation: “Expect Everything to Just Work,” and Throw Out What They Can’t Fix

29 Percent Of All U.S. Adults Under The Age Of 35 Are Living With Their Parents