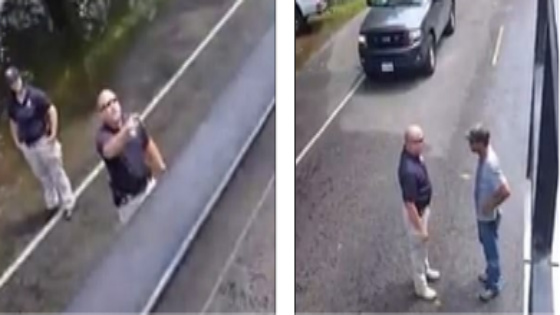 Two Illinois men were stopped from handing out supplies to victims of Hurricane Harvey’s wrath. While in massive buggies, law enforcement officials in Vidor, Texas told Jared Kirkendoll and Scott Green, who had driven 16 hours to Texas to help those devastated by Harvey’s destruction, that those affected had enough help already.

Taking the decision of whether or not they needed help away from the victims of the hurricane, the police stopped the buggy driven by Kirkendoll and Green and demanded that the men cease helping. The cop can be heard telling them to leave.

When the officer asks Kirkendoll to get down off the buggy, the reasoning is because “I said so.” According to the Daily Mail, the two men were handing out water and supplies and taking victims to higher and dryer ground when they were stopped by police.

A video posted on Facebook and YouTube shows a two-minute exchange between Kirkendoll and the officer when they were ordered to leave.

Kirdendoll can be heard telling the cop that he doesn’t need to be “so grouchy.” 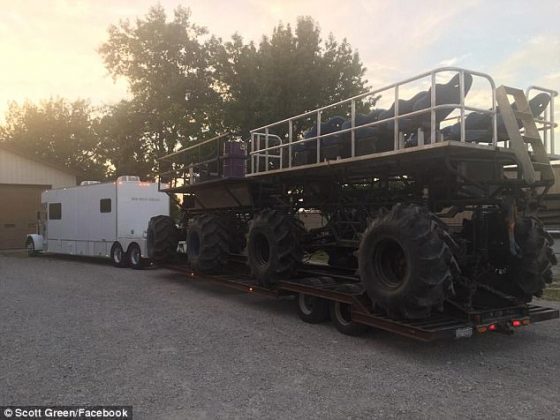 The buggy Kirkendoll was driving when the police stopped him.

The two men spoke for less than a minute before shaking hands. As Kirkendoll climbed back onto the buggy, he said, “Next time don’t yell, we’re just trying to help. We’re out a s**t load of money.” The officer said, “My house is flooded too, but I’ve got to be out here helping people. We appreciate that you’re here, but we’ve got enough.”

The video has gone viral on Facebook and has been viewed four and a half million times. The Vidor Police Department said on Facebook that it was not one of their officers and that they are thankful to the volunteers.

The Daily Mail also reported that James Hartwell posted the video of the encounter on Facebook and captioned it: “So this just happened. Jared Kirkendoll and Scott Green was just told that they have to leave vidor because they are not needed here.. but yet they are doing more than any off the law enforcement is doing here. This is the biggest crock of b******t ive ever heard. F***** power trip. Helping people and get treated like that. Oh and as you can see he was a total a*****e.”

As tensions run high in areas devastated by the hurricane, it doesn’t seem to be up to those affected by the damages and flooding, but it is left up to the police to decide when they “have enough help.” Surely victims could use all the help that is offered.

Kirkendoll and Green spent four days in Texas bringing aid to victims of the Harvey flooding using their massive buggies before they were told to stop.