Parents to be Penalized Thousands for Not Vaccinating Kids: “No Jab, No Pay Policy” 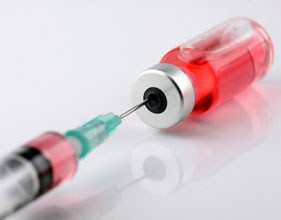 Australia has upped the ante in the effort by governments around the world to push vaccinations on all children and intimidate parents into compliance.

The trend of some parents opting out of vaccinations – and filing religious and personal belief exemptions to avoid immunizations they believe are too risky for their children – is under a coordinated push back by the powers-that-be and the Big Pharma lobbyists that nudge them into action.

While California and numerous other states are attempting to ban exemptions for children entering school in the wake of the hyped Disneyland Measles scare, the government in Australia is pushing through legislation to deny childcare benefits to parents who refuse to shoot up their kids with a mixture of toxic constituents.

That is the kind of leverage afforded by Western governments that have pushed more and more people into the net of the collective system – where tax penalties and control over the health care system allow social engineering through incentives and denials.

For Australian parents, $11,400 lost in family benefits will likely prove a harsh disincentive for defying the flawed official wisdom on vaccinations.

The Australian government announced it would cut childcare benefits to families who refuse to vaccinate their children, effectively taking $11,400 per child out of the pockets of parents.

The new law will create a financial disincentive to halt the trend, and tighten existing exemptions for parents who oppose vaccinations due to personal, philosophical or religious reasons.

“This is essentially a ‘no jab, no pay’ policy from this Government,” said Australian Prime Minister Tony Abbott. “It’s a very important public health announcement, it’s a very important measure to keep our children and our families as safe as possible.”

Another article discussing Australia’s proposed penalties against childcare rebates (not subsidies) reported the loss of funds could go even higher – topping at $15,000:

Parents who refuse to vaccinate their children will miss out on government benefits of up to $15,000 per child under a new measure announced by Prime Minister Tony Abbott.

Under the policy which the coalition took to the last election, and which is supported by Labor, “conscientious objection” would no longer be allowed for parents who refuse to vaccinate their children but still want to receive child care payments and family tax benefit supplements.

There is no stretch too far for the excuse of safety in instituting control, of course.

And the policies could easily reach American shores, too.

Meanwhile, where individual rights still prove too much of a barrier, governments can hit people in the pocketbooks.

As such, it falls a bit below the belt, dealing an unscrupulous punch to parents struggling to make the best choices in light of often conflicting and heatedly debated information about vaccine safety, ingredients like mercury-containing Thimerosal, and tragic cases of death linked to vaccines, as well as seizures, paralysis, reactions – and most controversial of all, autism.

While developmental disorders on the autism spectrum have risen astronomically in a few short decades– now affecting 1-in-42 boys and 1-in-68 children when it was extreme rare in past decades, research investigating the possible links to vaccines have drawn heavy fire from media attack dogs defending the establishment estate. The notorious assault on the career of Dr. Andrew Wakefield, who investigated autism, was a major front in the war, while the recent revelations of the CDC whistleblower have proven fudging of government data linking higher rates of autism in vaccinated African American boys.

There have been other blatant attacks against the sanctity over the right for families to make their own decisions.

As SHTF reported, many have advocated jailing parents who refuse to vaccinate their kids, or alternately, shunning them and refusing to allow the kids to play or mingle with the vaccinated masses.

In January, SHTF reported on an unsettling case in Washington state where the Department of Social and Health Services (DSHS) threatened to remove children from a home unless the entire family complied with getting a flu shot.

Petitions in the United States have been circulated calling for increases in the insurance rates of parents who won’t vaccinate – providing a penalty similar to Australia’s plan for refuseniks.

These cases are just the tip of the iceberg for a culture of chilled free will and underlying threats to obey state mandates – for health and other aspects of society – or risk the loss of rights and the potential to have children taken away.

In larger view, the aim is to put power of the decisions that affect individual health fully into the hands of the state, allowing them to become the ultimate arbiter of what is best – threatening to make us all wards of the state.

That’s exactly what happened to Cassandra C., a 17 year old who was forced to receive chemotherapy against her wishes – while also being forcibly removed from her mother and even denied visitation with her closest relative.

We live in dangerous times… beware.