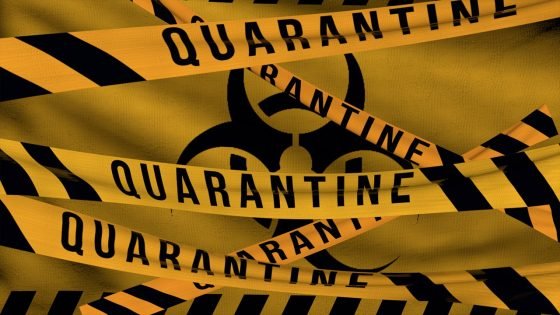 North Korea is still combating a wave of “intestinal illness” the country is declaring an epidemic. The intestinal disease is infecting at least 800 families and they are suffering from what North Korea’s state-run media has called an “acute enteric epidemic.”

The families have allegedly received aid (according to propaganda) in South Hwanghae Province, about 75 miles south of the capital Pyongyang. According to a report by United States’ mainstream media outlet, CNN, “enteric” refers to the gastrointestinal tract and South Korean officials say it may be cholera or typhoid.

The new outbreak, first reported on Thursday, puts further strain on the isolated country as it battles chronic food shortages and a wave of Covid-19 infections.

On Sunday, state news agency KCNA detailed prevention efforts, including quarantines, “intensive screening for all residents,” and special treatment and monitoring of vulnerable people such as children and the elderly.

State-owned and sponsored newspaper Rodong Sinmun on Friday said medicines prepared by North Korean leader Kim Jong Un and others, including his sister, would be delivered to families in South Hwanghae Province.

COVID-19 Quarantine Camps In Australia: People Are Trying To Escape

Everything about this particular “illness” screams propaganda and fear-mongering. CNN, the U.S.’s state-owned media is also taking North Korea’s state-owned media at face value. Are Kim Jong Un and his sister actually preparing medication? Sure. Because tyrants and masters always care when minute numbers of slaves get ill. This is enough to make your eyes roll so hard you see your own brain matter.

Ryu Yong Chol, the official in charge of emergency epidemic work in North Korea, warned viewers on state television Monday that enteric diseases could spread through infected people’s belongings, food, and drinks. Strictly isolating patients is important to prevent its spread, he said. Isn’t that the crux of it? Control. Isolation. The ruling classes will continue to come up with any excuse they can to remove people from society over a “positive test.”