This report was originally published by Amy Goodrich at NaturalNews.com 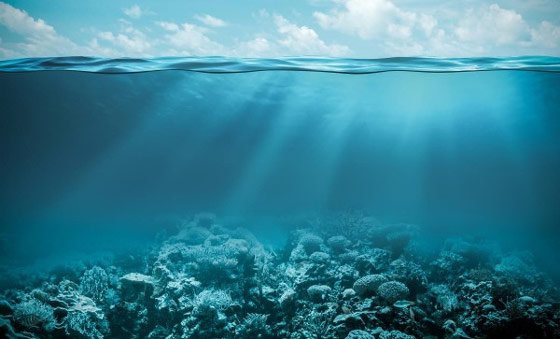 Marine fish provides 15 percent of all animal protein consumed by humans. Unfortunately, we may not have the luxury of eating fish much longer. While academics are forbidden, under threat, to share their findings on the actual health of the Pacific Ocean, stories of blue deserts void of life are popping up along the West Coast and other coastal regions around the world.

The oceans are slowly dying, and with them, a significant part of our food supply will disappear. Since the number of smaller marine life dramatically reduces every year, bigger predators are starving to death. The causes of the recent mass strandings and die-offs of marine life are numerous, ranging from overfishing and climate change to plastic pollution and radioactive contamination.

As bad as all of this sounds, if you’re relying on the mainstream media for your news, you may not be aware of this growing issue that is threatening our food chain.

The great collapse of the Pacific Ocean food chain

A massive cover-up is ongoing about what might turn into the greatest marine extinction since “The Great Dying” 251.9 million years ago. Lately, heartbreaking stories of hundreds of millions of salmon that are dying before they make it back to their spawning place and record numbers of whales getting stranded on our beaches are finding their way to the public.

In the past year and a half, scientists recorded a collapse of several dozen food chains within the Pacific Ocean. Authoritative figures in Vancouver, however, estimated that number may be closer to the hundreds or thousands then the reported dozens. (RELATED: Follow more news about the food supply collapse at FoodSupply.news.)

“It’s not just Pacific salmon that are dying[;] in the North Pacific all forms of ocean life are being reported dead and dying in stunning numbers. Hundreds of dead whales, the largest numbers ever seen, more being found dead on beaches in a single year than in previous tens of years, all reported to having been found in emaciated condition,” explained Russ George, a salmon savior with over 40 years of hands-on experience in restoring trees and oceans, on his website.

Fake media and government black out

The evidence is clear, yet many scientists, media, and governments remain silent. According to some skeptics, the world may be headed to another “Permian Mass Extinction” or “Great Dying.”

According to Armstrong Economics, present CO2 concentrations have reached 400 ppm. While this is nowhere near the 2000 ppm which caused the Great Dying, other factors in today’s world are contributing to environmental changes that are also threatening our marine life and food chain. Rising temperatures and increased UV radiation reaching the Earth may also have something to do with it.

While CO2 and rising temperatures are possible explanations for the massive die-offs happening right now, there are others who believe the nuclear disaster in Japan is to be blamed. Radioactive particles can accumulate in predatory species at the top of the food chain, humans included. Especially top predators, such as the Pacific Bluefin Tuna, are at risk because they consume numerous amounts of smaller prey along with the radioactive particles they have accumulated in their bodies.

Since 2012, a year after Fukushima’s nuclear accident, reports showed that tuna, among other fish species, caught off the coast of California tested positive for radiation. (RELATED: Read more news about Fukushima at FukushimaWatch.com)

Each day more signs are emerging that our ocean and world is slowly dying. We’re living in perilous, unstable times that may affect every living thing on our planet. Nonetheless, media and governments don’t see any harm in remain surprisingly silent.

This report was originally published by Amy Goodrich at NaturalNews.com