Iowa Orders 1.1 Million Chickens Be Killed After A Case Of Avian Flu Was Found 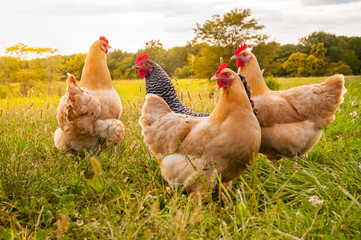 In Wright County, Iowa, a commercial egg-laying facility will be forced to kill 1.1 million chickens in an effort to contain the “highly contagious and deadly” avian flu virus. The Iowa Department of Agriculture reported that the birds should be destroyed after finding its second case of the bird flu this year.

Avian influenza continues “to be a significant threat across the country,” said Iowa Agriculture Secretary Mike Naig in a statement. “We have been preparing for the possibility of additional outbreaks,” working closely with producers and the U.S. Department of Agriculture.

It’s the second case of highly pathogenic avian influenza this fall, likely sparked by millions of migrating birds that can carry the deadly virus. Earlier this month, officials reported a positive test in a Dallas County backyard flock with 48 birds. It was the first reported outbreak in Iowa since May 2. –Des Moines Register

State and federal agencies have promised that none of the birds nor any poultry products from flocks where avian influenza is detected will reach United States food supplies.

Out this past spring caused the ruling class to force Iowa poultry producers to destroy about 13.4 million birds to control avian influenza, USDA data shows. Iowa is the nation’s largest egg producer and seventh-largest turkey producer.

As the holidays approach, these euthanization actions could have a rather large impact on the wallets of the public.

Millions Of Of Pigs, Chickens, And Cattle Are Being Euthanized While The Media Warns that “Shortages” Are Coming

Turkey costs are already expected to rise 23% this year. According to a report by Fox Business, some other Thanksgiving staples such as potatoes and cranberries will be in low supply and high demand. According to a recent Wells Fargo report, the authors cautioned that turkey supplies will be “more limited” due to continuing impacts of the Highly Pathogenic Avian Influenza.