“I Will RUIN YOU!”: Bitcoin Bull John McAfee Warns The U.S. Government 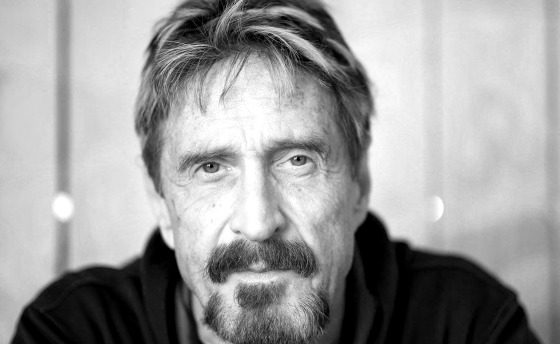 As mainstream media paints him as a “fugitive” for the “crime” of wanting to keep the money he earned, the Bitcoin bull isn’t giving up on his rights to the fruits of his labor or his bold fight for liberty. After all, taxation set up the American Revolution.

All I wanted was to be left alone. I paid tens of millions of dollars in taxes ane received only the condescension of Federal employees, when i needed services, in return. I chose to pay no more. This is my crime. You should have left me alone.

In his Twitter rant, McAfee claimed that the Department of Justice is compiling a bogus case against him for money-laundering, racketeering, and murder. And we all know the DoJ is full of just outstanding people who would never ever invent a crime to try to attack a political opponent (sarcasm)…

The mainstream media is incredibly upset that McAfee hasn’t bowed to the government and paid his required theft money. Most articles out there tend to focus on the man’s simple quest for the freedom to not be stolen from. But, as we know, the media is in the back pockets of the government and cannot tell you the truth (that taxation is theft), let alone side with a rebel like McAfee.

We declared our independence from Britain and fought a bloody war to escape burdensome taxes, yet here we are, less than 250 years later, being burdened by income taxes that are more crushing than anythung rhe British dreamed of. Free yourselves people!https://t.co/mYy6z06tHc

In another Tweet, which is currently pinned to the top of McAfee’s Twitter account, he comes right out and says he is not implying the entire government is corrupt, rather, he’s pointing it out as a fact.

I am not implying that our entire Government is corrupt. I am saying that it is corrupt to the point that no-one is untouched by it. pic.twitter.com/q4IGdBKTGz

McAffe, the one being hunted down by the government (Edward Snowden and Julian Assange also come to mind), has done the unthinkable.  He’s shown just how disturbing taxation is and the lengths the government will go to steal your money if you “voluntarily” decide to no longer pay.  What’s with all the “freedom of choice” we have? Where are the pro-choice people to back up McAfee? His money, his choice.

The real question remains: will McAfee be successful in “ruining” the U.S. government?