Humans Intentionally Injected Themselves With A Parasite To Test A Vaccine 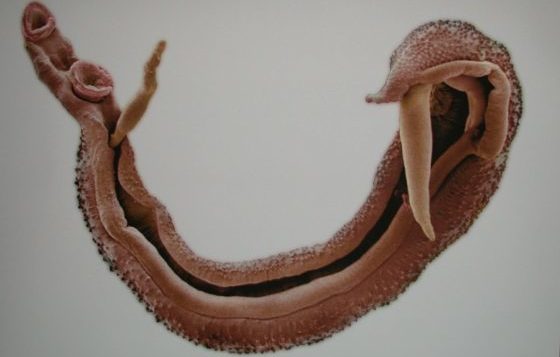 A vaccine for a parasite is in the testing phase in the Netherlands. The world’s most devastating parasite is said to cause the human body to disintegrate, and in order to test a vaccine, 17 people have had the parasite injected into their bodies.

The 17 healthy young adults volunteered to have themselves injected with a parasite that can cause devastating effects like kidney failure, bladder cancer, and infertility. The Netherlands-based study is centered around finding a vaccine for schistosomiasis, also known as snail fever. This type of parasitic flatworm that enters the body through the skin can cause devastating health failures, it has been reported by RT.

The parasitic disease affects hundreds of millions of people around the world and kills thousands every year. Infected children in sub-Saharan Africa and South America, where the condition is particularly common, have also had their physical growth and learning ability impacted, reports Futurism.

The Netherland-based study is the first step in finding a vaccination that could prevent infection. Researchers must show the vaccine works in order to raise the millions of dollars needed to set up a study in actual affected areas. And so, 17 healthy young adult participants, each being paid $1,200 for their involvement, volunteered to have 20 male larvae injected into their system as a quick and easy way to test the vaccination.

The larvae can’t reproduce and at the end of the 12-week study infectious disease physicians at the Leiden University Medical Center will flush the infection and kill any remaining parasites with Praziquantel. -RT

Based on the fact that money will come when the vaccine is determined safe, it’s hard to imagine this study having any other outcome. However, participants have so far only reported mild rashes and minor fever symptoms and the New York Times reported that a Dutch ethics board signed off on the study, so the risk is not thought to be great. But others are not sure Praziquantel even works at all.

Daniel Colley, a schistosomiasis researcher, told Science Magazine he doesn’t believe the Praziquantel treatment is “terribly effective,” as the worms can live in your system for five to 10 years. “That is a long time to have something as ugly as a schistosome living in your blood vessels, putting out excrement and things,” Colley warned.