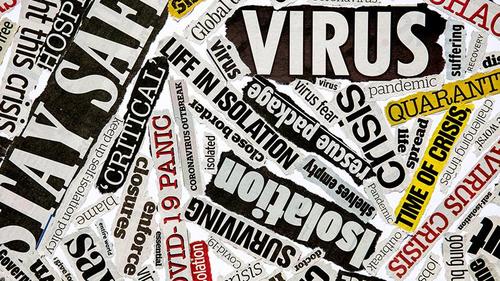 Scientists in the United Kingdom who are working as advisors for the government have expressed regret for using what they admit to being “unethical” and “totalitarian” methods of instilling fear in the population in order to control the behavior of the masses. And they use the scamdemic as an excuse.

According to a report by The London Telegraph, the comments were made by Members of the Scientific Pandemic Influenza Group on Behaviour (SPI-B), a sub-committee of the Scientific Advisory Group for Emergencies (Sage) the government’s chief scientific advisory group.

The report quotes a briefing from March 2020, as the first lockdown was decreed, that stated the government should drastically increase “the perceived level of personal threat” that the virus poses because “a substantial number of people still do not feel sufficiently personally threatened”.

One scientist with the SPI-B admits that “In March [2020] the Government was very worried about compliance and they thought people wouldn’t want to be locked down. There were discussions about fear being needed to encourage compliance, and decisions were made about how to ramp up the fear.”

The unnamed scientist adds that “The way we have used fear is dystopian.”

The scientist further confessed that “The use of fear has definitely been ethically questionable. It’s been like a weird experiment. Ultimately, it backfired because people became too scared.”

Another separate scientist on the subcommittee professed “You could call psychology ‘mind control’. That’s what we do… clearly we try and go about it in a positive way, but it has been used nefariously in the past.” –Summit News

So basically, the government is admitting that what they use is fear to manufacture consent for the slaves to remain enslaved and willingly submit to their own oppression. If you already understand that government is slavey (it can be nothing more and nothing less) then you already knew this. If you think this is limited to the UK government because they admitted it, the brainwashing has been effective:

Using fear as a weapon is nothing new.  Governments have done it for centuries because, simply, it works. It goes back to the Hegelian dialect. If you want to get people to willingly take a “vaccine,” for example, how can you do it? You tell me because I think we all are living through it now.

They come up with a problem, elicit a fear-based reaction, then step in with the preplanned solution, and sadly, this still works on a vast majority of human beings, who set their own discernment and critical thinking aside in order to obey the master out of fear. Hopefully, humanity will begin to see that they have been manipulated and controlled since birth.