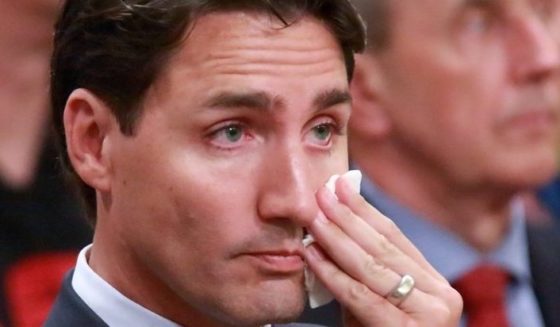 I’ve tested positive for COVID-19. I’ll be following public health guidelines and isolating. I feel okay, but that’s because I got my shots. So, if you haven’t, get vaccinated – and if you can, get boosted. Let’s protect our healthcare system, each other, and ourselves.

is that some people are beginning to see the “vaccines” for what they are:

That's twice in a few months, your shots must be doing a great job.

And another that resonates with me personally:

Canada’s own data has shown that those who haven’t bought into the lie and massive hoax that is COVID-19 are faring much better than those who constantly masked up and have been injected several times.

Hey @JustinTrudeau you know who isn’t getting COVID 19 multiple times? The unvaccinated.

The amount of waking up the public has been doing to the medical tyranny has been great, but most are still going to the polls in November somehow believing that picking different rulers will get them out of tyranny. We need to reject all tyranny, and that means no masters, no slaves, no rulers, no citizens. All human beings are EQUAL.

Keep fighting for freedom.; true freedom. Not democracy (which is two wolves and a lamb voting on what’s for dinner) or rulers of any kind. True freedom means we own ourselves and are obligated to obey no one. It takes a lot of responsibility to govern yourself and be your own master, but anything less is slavery to at least some degree. And once humanity finally figures this out, the entire slave system is going to go down quickly. It looks like it’s already starting with people waking up to the medical tyranny all around them.