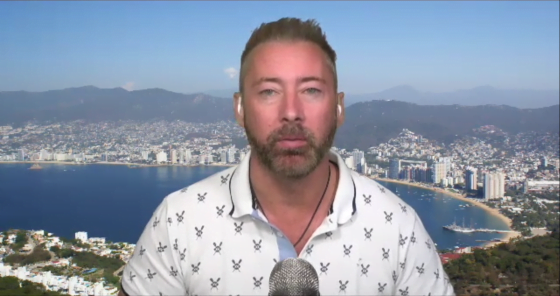 COVID-19 is rapidly being revealed as the biggest psyop in human history, while the mainstream media and the ruling class desperately try to cling to the narrative to force the New World Order upon us.

In fact, in the CHAZ (Capitol Hill Autonomous Zone) which is anything but founded on the principle of voluntary cooperation, they have already instituted a government, for all intents and purposes, and have begun taxing people. The police chief in Seattle even admitted that what they are doing is extortion. Yes, they are finally coming out and admitting it: taxation is wrong, it’s theft, and it’s a violation of a human being’s right to the fruits of his labor:

The mainstream media working for the government have attempted to put the public under mass hypnosis, but it’s coming undone at the seams.  More and more people are waking up and seeing the invisible chains they’ve put themselves in, and it could be a wonderful time for humanity going forward.

As Jeff Berwick says in the above video:

“One of the funniest things, kinda just to laugh at, this has been, like, for a century now, is commies. They always create the worst disasters. It’s actually not even all that funny when you think about it….people like Mao in China, killing like 100 million people. Stalin in the Soviet Union. But now in CHAZ, which is a 6 block area in Seattle that has been taken over by what they call themselves ‘anarcho-communists’ but they’re not even anarchists at all, they’re just commies. And, it’s just fun to watch. It’s just hilarious watching them just run out of food in like two days.”

Anarchists reject a ruling class.  (‘An’ meaning without, ‘Archos’ meaning rulers) There is now a warlord ruling over the people in the communist state.  This brings Berwick to the point that this is just one gigantic psyop from the beginning.  This is meant to brainwash the public into wanting a ruling class to control them, extort them, and “save them” from warlords who will control them, and extort them.  The irony is simply incredible.

“It’s all staged. It’s all Hollywood scripts basically. Most people haven’t figured it out yet. They actually think a lot of this stuff is real.”

This entire situation is all scripted and not organic at all. Berwick says to look out for the number 33 as a way to recognize a psyop. They tend to always use that number as a way to make it known what they are doing without coming out and saying it.

We should also recognize that all central banks are tenants of communism.  It’s the control of the money supply centralized in the hands of a few people.  This is why so many who are promoting freedom (such as Robert Kiyosaki) have suggested unplugging from the Matrix by removing your consent to use their fiat money.  If you don’t like cryptocurrencies, buy gold and silver.  There are ways around using their money and it’s a gigantic vote AGAINST your enslavement that actually holds weight, unlike an actual vote at a ballot box for the current system.

It’s a complete and total psyop and it’s unbelievable that some people are still falling for it. The United States has become a communist nation. As Berwick points out, the USSA is anything but a free country. “They’ve got about 20 different agenda with this lie,” adds Berwick. “You’d think people would start to catch on to this stuff!”