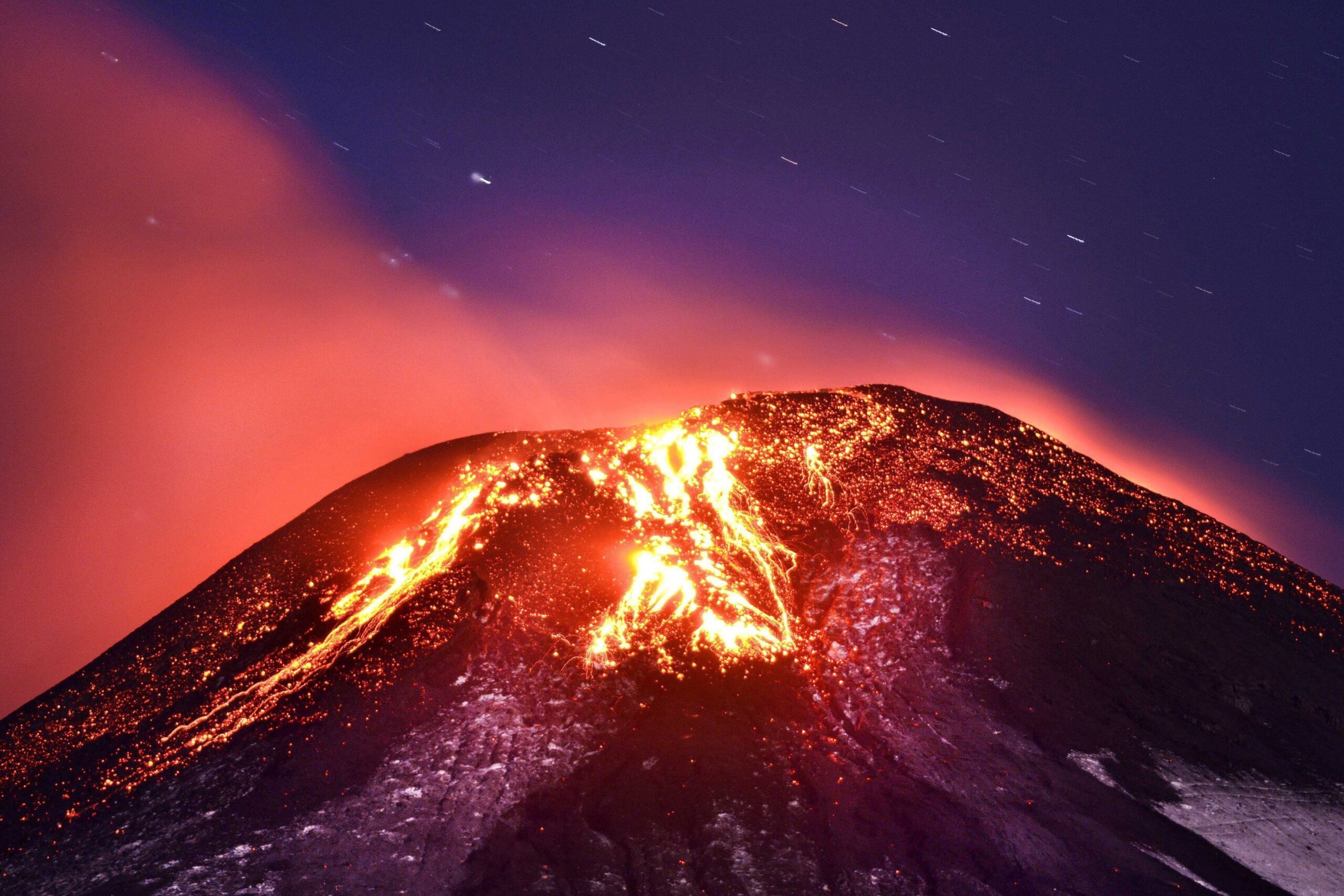 Chile’s 9,300-foot-high snow-capped volcano Villarrica has become active again, tossing lava fireballs into the air and shaking the ground with earthquake swarms. Local officials are concerned the next big eruption could be nearing as they put Chile on alert.

“While we cannot predict when the volcano will erupt, the conditions are in place,” Alvaro Amigo, the head of the National Volcanic Surveillance Network, told Associated Free Press. Amigo said the volcano was dangerous because its eruptions often cause perilous volcanic rock and mud flows “and because it has a large population and infrastructure around it.”

“The thing about Villarrica is the risk because many people are living in areas that are highly exposed” to potential damage from the volcano, geophysicist Cristian Farias said.  He warned that residents had forgotten the hazards of “what Villarrica can do.”

Villarrica has been brewing with activity since October. So far, it has been the site of gas explosions and seismic events, with pillars of fire up to 220 meters high shooting out of its lava lake. Its last major eruption was almost 40 years ago, in 1984.

Chile’s snow-capped Villarrica volcano has been shaken by earthquakes and is belching fire, placing authorities on alert for a possible eruption in a picturesque area beloved by tourists:https://t.co/Y98oubiENT pic.twitter.com/D1Pr6Q0Nsw

If Villarrica erupts, it would be added to the already long list of volcanoes currently erupting around the globe.

The National Geology and Mining Service issued a yellow alert in November in four towns close to the peak, meaning no one can come within 500 meters of the crater. The body has also put in place emergency evacuation plans and real-time monitoring of volcanic activity. A yellow alert is a step before an orange alert, which indicates imminent eruption.

The volcano overlooks the city of Puccon, with a population of around 28,000 people who live just 15 kilometers (10 miles) from the peak.

Mining Minister Marcela Hernando said the idea was to reassure citizens that technology and experts are constantly keeping an eye on Chile’s 45 “most important volcanoes. according to a report by NDTV.