Border Patrol Agent Slams Feds: “We All Know Who We’ve Captured… You Can’t Keep This Kind Of Information A Secret” 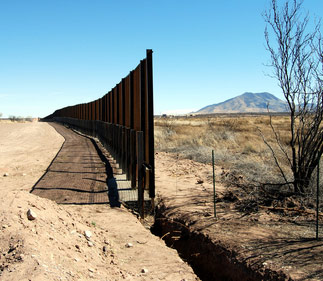 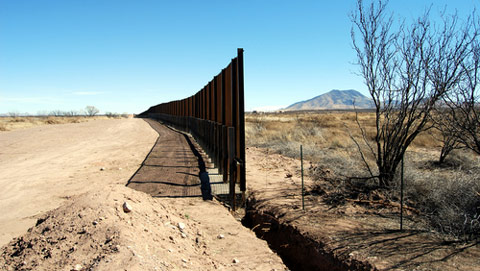 Representative Duncan Hunter (R-CA) recently claimed that a high-level Department of Homeland Security official informed him of the capture of at least ten Islamic State terrorists on the Texas-Mexico border. A DHS spokesperson speaking with the New Republic unequivocally denied the Congressman’s claims:

“The suggestion that individuals who have ties to ISIL have been apprehended at the Southwest border is categorically false, and not supported by any credible intelligence or the facts on the ground,” said DHS spokesperson Marsha Catron.

“DHS continues to have no credible intelligence to suggest terrorist organizations are actively plotting to cross the southwest border.”

But even the Islamic State has said they want to launch attacks directly on American soil and in recent weeks IS public relations arms on social media have urged followers to identify U.S. soldiers, track down their addresses and kill them and their families. Some reports of DHS chatter even suggest that America’s worst fears of a biological attack could be realized if IS militants infect themselves with Ebola or another deadly virus and deliver it to America in live hosts via the southern border.

And while Homeland Security has brushed off such threats and warnings as not credible, the border patrol agents being faced with thousands of undocumented immigrants attempting to cross into the United States daily have a completely different story to tell.

According to one agent who has chosen to remain anonymous for fear of reprisal, not only are they seeing scores of disease-ridden individuals being brought into the country, there is a real and present danger that members of terror organizations have already crossed into the United States.

Homeland Security and Obama Administration officials may categorically deny the claims, but this agent insists terrorist organizations are operating in Mexico and he says that he is aware of at least four Islamic State insurgents that have already been detained by the government:

A border patrol agent told the Examiner Wednesday evening that he knew of at least four ISIS insurgents that have been captured this past week.

“There could be more,” he said. “All I know is we (the border patrol agents) know what we see and do, even if the Feds don’t want to acknowledge it.”

“We have stepped up our searches on vehicles, under, over and all-around because we believe they may be trying to bring in explosive bombs and devices,” the agent said.

“Why would we be so cautious if the possibility was not there?”

“We all know who we have captured,” he continued. “As much as they want it quiet, you can’t keep this kind of information a secret very long. We have families here.”

The report comes on the heels of another whistleblower speaking out recently about the seriousness of the threat. In an interview for the documentary Back To The Border, insider Zach Taylor suggests that what’s happening in the south is a controlled event being facilitated by top-level officials.

The problem as I see it… and as apparently CDC, Health and Human Services, and Department of Homeland Security… are trying to make this a controlled situation.

When you see that FEMA is preparing for 200 million deaths in the United States that tells you something.

When you see that the government is controlling the supply of ammunition and that basic medical supplies are in short supply in southern Arizona, something’s wrong.

They are anticipating something drastic.

The official position of the Homeland Security apparatus is that our southern border has never been as protected from external threats as it is today.

That, of course, is laughable, given the fact that literally thousands of migrants from unknown origins are crossing into the United States every single day including those carrying diseases, drug cartel gang members, and Other-Than-Mexican security threats.

It is only a matter of time before some of them sneak in carrying a deadly virus, a dirty bomb or other weapon of mass destruction.

And when that happens we’ll most certainly hear the oft repeated narrative of, “no one could have seen this coming or prepared for it.”