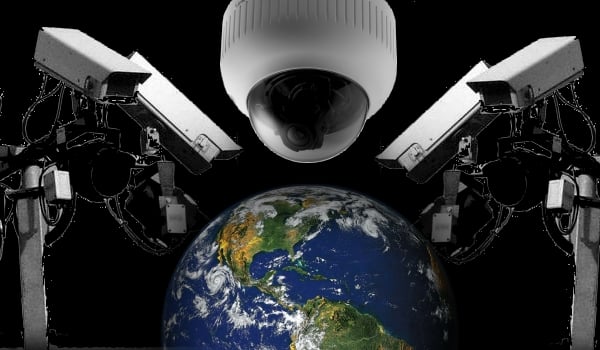 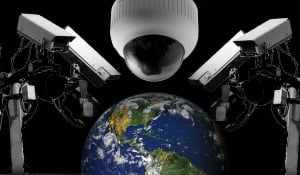 Editor’s Comment: The Thought Police are here, and they want preemptive full access to every electronic activity you ever make — whether or not you are ‘doing something wrong.’ The potential for abuse is enormous, and privacy advocates have argued that weakening encryption for authorities to have access will destroy consumer protections for things like bank accounts, creative and patent activities, not to mention that people had before technology… yes, privacy.

The 4th Amendment has been reduced to a specter; and there is much rolling around in graves.

FBI says that citizens should have no secrets that the government can’t access: the Orwellian cyber police state has arrived

The police and surveillance state predicted in the forward-looking 1940s classic “1984” by George Orwell, has slowly, but steadily, come to fruition. However, like a frog sitting idly in a pan of steadily-warming water, too many Americans still seem unaware that the slow boil of big government is killing their constitutional liberties.

The latest sign of this stealth takeover of civil rights and freedom was epitomized in recent Senate testimony by FBI Director James Comey, who voiced his objections to civilian use of encryption to protect personal data – information the government has no automatic right to obtain.

As reported by The New American, Comey testified that he believes the government’s spy and law enforcement agencies should have unfettered access to everything Americans may store or send in electronic format: On computer hard drives, in so-called i-clouds, in email and in text messaging – for our own safety and protection. Like many in government today, Comey believes that national security is more important than constitutional privacy protections or, apparently, due process. After all, aren’t criminals the only ones who really have anything to hide?

In testimony before a hearing of the Senate Judiciary Committee entitled “Going Dark: Encryption, Technology, and the Balance Between Public Safety and Privacy” Comey said that in order to stay one step ahead of terrorists, as well as international and domestic criminals, Uncle Sam’s various spy and law enforcement agencies should have access to available technology used to de-encrypt protected data. Also, he believes the government should be the final arbiter deciding when decryption is necessary.

What could go wrong there?

Find more articles on the police state at PoliceState.news

Government, at all levels, is responsible

During the hearing, TNA reported, technology experts warned the panel that giving the FBI limitless access to the personal electronic data of Americans would open it up to exploitation by “bad actors.” But Comey was having none of that.

“It is clear that governments across the world, including those of our closest allies, recognize the serious public safety risks if criminals can plan and undertake illegal acts without fear of detection,” he told the committee.

“Are we comfortable with technical design decisions that result in barriers to obtaining evidence of a crime?”

So, in essence, Comey – like many before him, especially since the global war on terror was launched – believes that, in the name of national security Americans ought to give up more of their individual and constitutional rights because that’s the only way we can be adequately protected.

Perhaps realizing that his Senate hearing testimony was public, Comey gave the Constitution a passing glance, noting that the government should respect the “requirements and safeguards of the laws” and the country’s founding document. However, as Americans now know, spy agencies during the past two presidential administrations have been tasked increasingly with conducting warrantless, unchecked surveillance of Americans’ electronic data and communications.

But all of this is not on men like Comey and Presidents George W. Bush and Barack Obama. Congress bears its share of responsibility, too.

This is the way it is – shut up and take it

When such activities of the National Security Agency were exposed in 2013 by former NSA contractor Edward Snowden, many in the media and among the American electorate were quick to blame the agency, as if it was somehow acting out of rogue instinct.

The reality is, however, that the agency is tasked to perform its duties– either by statutory law (think the USA Patriot Act) or by presidential directive (think Bush’s order after 9/11 to conduct warrantless surveillance).

“We are not asking to expand the government’s surveillance authority, but rather we are asking to ensure that we can continue to obtain electronic information and evidence pursuant to the legal authority that Congress has provided to us to keep America safe,” Comey said during the Senate hearing.

What does all this mean? It simply means that at every level, government considers its own citizens hostile.

Oh, and there’s nothing we can do about it.