Australian Cops Want Slaves To Tattle On Other Slaves 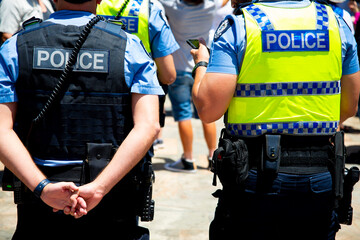 The ruling class masters on this planet will stop at nothing to ensure they continue to have power over others. In Australia, the cops are asking the slaves to rat out other slaves who simply want to be free and see the control structure as illegitimate.

No system that allows some to rule over others is legitimate, and that goes for any government on this planet. But Australia is taking things to a whole new level and wants those good obedient slaves to tattle on those who no longer want to be slaves.

Australian police are using a brutal ambush on two cops to encourage residents to rat out neighbors who are skeptical of the Covid-10 vaccine, or harbor anti-government views. Because all government is slavery, the masters need the slaves to rat out the others who “harbor anti-slavery views.”

According to a report by ZeroHedge, on December 12, two Brisbane police officers were gunned down by a family of rural Australians, who opened fire as the two officers approached their home. Constables Rachel McCrow, 29, and Matthew Arnold, 26 died in the attack, while a third officer, Constable Randall Kirk, was shot in the leg but managed to escape. A fourth officer, Keely Brough, fled to safety in the bushes.

Later that evening, members of the rural family were killed in a shootout with tactical police. In response to the incident, Deputy Commissioner Tracy Linford suggested that neighbors need to assume anyone who harbors non-mainstream views is clearly a threat.

🚨Queensland Police appealing to the public to dob in their neighbours who “are anti-government or believe Covid-19 vaccine conspiracy theories”.

ARE YOU PAYING ATTENTION YET?!

They are not even trying to hide it in Australia. They own the slaves and expect them to comply and obey the masters’ commands and enjoy their enslavement without fighting back.

Luckily, this time, at least some people are figuring out the reality we find ourselves in:

Here is the neighbours pic.twitter.com/HLUsSgQHPO

“The best slave is the one who thinks he is free.” -Johann von Goethe

“None are more hopelessly enslaved than those who falsely believe they are free.” -Johann von Goethe