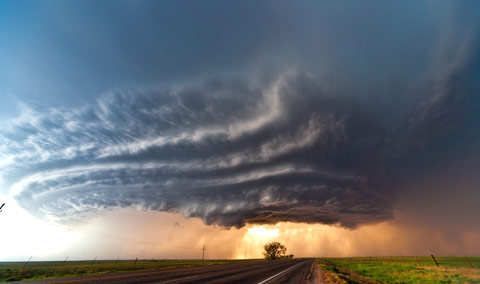 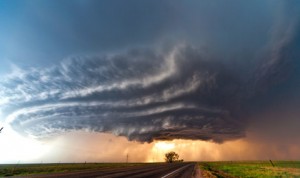 Editor’s Comment: No one can say with any certainly what consequential events may arrive in September 2015, but there has been an overwhelming concern about the lining up of important historical dates on the calendar, and contemporary plans by those pursuing an agenda. It is said that no man knows the day and hour… but better to be on watch just in case!

What Is Going To Happen In September 2015? Why Are So Many People Storing Food And Supplies?

Have you noticed that there is a tremendous amount of Internet buzz about the month of September 2015?  Never before have I seen so much speculation about what would happen in one particular month.  Some people believe that we will see an economic collapse next month, others believe that there will be some sort of historic natural disaster, and others are convinced that the judgment of God is coming.  So right now, large numbers of Americans are stocking up on emergency food and supplies like crazy.  Personally, I have never been more concerned about any period of time as I am about the last six months of 2015.  Several weeks ago, I expressed my belief that chaos will begin once the summer ends.  These are the last days of “normal life” in America, and just about everything that we currently take for granted is about to be shaken.

A lot of people that I know have been storing up food and supplies like never before, but I didn’t realize how widespread this phenomenon was until I came across the following Natural News report…

As reported by AllNewsPipeline.com (ANP), correspondents for the news site began visiting a number of survival food websites in July, with the goal of ordering some essential bulk food items that included potatoes, carrots, mangoes, peaches, powdered eggs and powdered milk, among other items. But the more they shopped, the more they found notices on the survival food sites stating that supplies were either low or temporarily out of stock.

Only, the warnings did not say that stocks would be immediately replenished; rather, the site reported, some food items would take weeks to restock.

Upon returning to those sites a few days later, the situation had become even more dire: Many sites weren’t even certain when stocks of some items would be replaced.

“While both Preparewise and Buy Emergency Foods EXPECT these items to be back in stock in 3 to 4 weeks, the fact that both of these websites are experiencing overwhelming demand and currently COMPLETELY out of some of the most basic food groups should tell everybody a few things,” ANP reported. “Americans are buying up these products in HUGE numbers as more and more Americans have come to expect a reason to need these items at some point in the future.”

The mainstream media likes to mock “preppers”, but nobody is going to be mocking them when things really start falling apart in this country.

When there is a severe lack of food, ordinary people can start acting like wild animals.  Just consider what is happening in Venezuela right now.  In this video and this video you can watch average Venezuelans go into panic mode over just a little bit of food.

Will we eventually see similar scenes in this country?

Many Americans are also feverishly stocking up on physical gold and silver.  In fact, sales of gold eagles are up 50 percent compared to last year…

Why are people so freaked out?

Well, more than anything else people are pointing to the month of September.  The following comes from a recent piece authored by Lisa Haven…

It seems a lot of people lately are having a gut feeling that something “Big” is about to unfold, but no one knows exactly what it is. Maybe people are feeling that way because of the events that are taking place around them. From signs in the heavens, to military stockpiling, to politically disturbing events. There seems to be a confluence of activity both in the political and spiritual realm culminating in 2015 causing peoples alarms to go off. Could it be that people are feeling this way because of the eerie events that are culminating in September??

Like many others, I also have a feeling that something “big” is about to happen.

In the article that I quoted from above, Lisa Haven put together her own list of key events.  Some of these events have already happened, some are about to happen, and some will happen during the month of September itself…

1. NORAD reopens Cheyenne Mountain after years of closure due to worries about an EMP attack

2. US Supreme Court legalizes gay marriage in all 50 states

5. Pope Francis declares his desire to build a World Government and a New World Order

6. The Temple Institute announces their plan to farm raise Red Heifer’s a precursor to the Building of the Temple.

13. The coming UN Proposal to make Palestine a state.

A pretty impressive list.  But before I continue, I do want to note one thing.  I do not believe that the Jubilee year begins in 2015.  In my research, I have come to the conclusion that Jubilee years begin in our calendar years that end in 29 and 79.  In other words, the last two Jubilee years began in 1929 and 1979, and the next one will begin in 2029.  Some time soon I hope to write an entire article about this.

But without a doubt, there is a very impressive confluence of events that all come together in September.  The following is an extended excerpt from one of my previous articles…

On September 17th, 2001 (which was Elul 29 on the Biblical calendar), we witnessed the greatest one day stock market crash in U.S. history up until that time.  The Dow plummeted 684 points, and it was a record that held for exactly seven years until the end of the next Shemitah cycle.

On September 29th, 2008 (which was also Elul 29 on the Biblical calendar), the Dow fell by an astounding 777 points, which still today remains the greatest one day stock market crash of all time.

September 15th – The 70th session of the UN General Assembly begins on this date.  It is being reported that France plans to introduce a resolution which would give formal UN Security Council recognition to a Palestinian state.  Up until now, the United States has always been the one blocking such a resolution, but Barack Obama is indicating that things may be much different this time around.

September 25th to September 27th – The United Nations is going to launch a brand new sustainable development agenda for the entire planet.  Some have called this “Agenda 21 on steroids”.  But this new agenda is not just about the environment.  It also includes provisions regarding economics, agriculture, education and gender equality.  On September 25th, the Pope will travel to New York to give a major speech kicking off the UN conference where this new agenda will be unveiled.

September 28th – This is the date for the last of the four blood moons that fall on Biblical festival dates during 2014 and 2015.  This blood moon falls on the very first day of the Feast of Tabernacles, it will be a “supermoon”, and it will actually be visible in the city of Jerusalem.  There are many that dismiss the blood moon phenomenon, but we have seen similar patterns before.  For example, a similar pattern of eclipses happened just before and just after the destruction of the Jewish temple by the Romans in 70 AD.

So what is going to happen this September?

Whatever it is, we don’t have very long until we find out.

Recently, there have been a few people that have come to my websites and have suggested that getting wrapped up in these things is wrong and that instead we should just “seize the day” and focus on enjoying our lives as much as we can.

Of course the truth is that it doesn’t do any good in the long-term to stick our heads in the sand.  If we willingly ignore the ominous clouds on the horizon, we do so at our own peril.

Suppose you were born in the late 1930s. Reports are drifting your way about rumblings concerning Japan and its saber-rattling toward America. In Germany there is a firebrand on the horizon stirring the people to reclaim Germany’s glory. Rumors are circulating about a possible invasion of Poland. Winston Churchill is upbraiding his Prime Minister for declaring “peace in our time” after an ill-advised “deal” with Adolf Hitler. Economic storm warnings are increasing and rumors persist about possible rationing if war was to break out. A fascist dictator is coming to prominence in Italy named Benito Mussolini. Catch the drift of where I’m headed?

I am persuaded that we live in a similar period of history. A perfect storm is developing and this is not some surreal conspiracy theory. It is no exaggeration to say America is at a crossroads … in a meltdown … at a tipping point … experiencing unprecedented changes … observing our president act like a one-man wrecking crew to bring about his “fundamental transformation of America.”

Like Tomczak, I believe that we have reached “a tipping point” and that we are entering a “perfect storm”.

I believe that the months ahead are going to dramatically change life in America and that we are entering difficult times unlike anything that any of us have ever experienced.

So what do you think the month of September and the rest of the year will bring?

If you want to know what things in America are going to look like in a few years read his new book The Beginning of the End. Michael’s latest book, Get Prepared Now!, explains the coming crisis and how you can survive it.

The Reality Of A Massive Market Crash: “I Have Lost Everything… I Trusted the Government Too Much…”