Apple Co-Founder Says Most People Should GET OFF Facebook PERMANENTLY 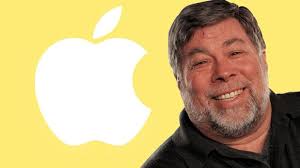 Apple’s co-founder, Steve Wozniak not only deleted his personal Facebook account last year, but he’s warning the rest of us that “most” should also leave the social media giant’s platform permanently. Wozniak says the lack of privacy just isn’t worth it.

“There are many different kinds of people, and [to] some the benefits of Facebook are worth the loss of privacy,” Wozniak told TMZ when reporters stopped him to talk with them at Reagan National Airport in D.C. “But to many like myself, my recommendation is—to most people—you should figure out a way to get off Facebook.” Wozniak added: “who knows if my cellphone is listening right now?”

Wozniak also said that it is most definitely worrisome that Big Tech is spying on us, but he doesn’t think anything can be done about it. “So I worry because you’re having conversations that you think are private… You’re saying words that really shouldn’t be listened to, because you don’t expect it. But there’s almost no way to stop it,” Wozniak said of the surveillance state we are all living under.

“But, everything about you… I mean, they can measure your heartbeat with lasers now, they can listen to you with a lot of devices. Who knows if my cellphone’s listening right now. Alexa has already been in the news a lot,” Wozniak stated to TMZ.

Not only is privacy a big concern, but censorship is becoming a massive issue as well. Conservatives and other “non-leftists” such as libertarians and voluntaryists are being systematically silenced for speaking against the tyranny of the government. All dissent is being punished by the elimination of freedom of speech, and Big Tech is leading the way.

But Wozniak isn’t concerned so much with censorship.  He just wants to be able to pay for his right to privacy. “People think they have a level of privacy they don’t. Why don’t they give me a choice? Let me pay a certain amount, and you’ll keep my data more secure and private then everybody else handing it to advertisers.”

The truth is that no one should have to pay anyone else for privacy because it’s a basic human right. But Big Tech doesn’t care about your dignity or, they care about their money. And selling private data is a money-making business. Because Wozniak also admits that there’s just no way to stop it right now, all you can do is just know you are constantly being watched in our Orwellian society.

In an eye-opening documentary, titled The Creepy Line, researchers reveal the stunning degree to which society is manipulated by Google and Facebook and blows the lid off the remarkably subtle – hence powerful – manner in which they do it.