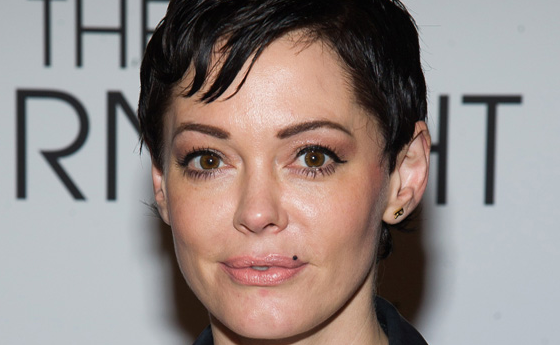 Just hours after actress Rose McGowan destroyed Amazon and Washington Post owner Jeff Bezos in a series of highly publicized Tweets condemning the left-wing billionaires supposed support for rapists and other sexual deviants, his company was rocked with scandal once again after television producer Isa Hackett accused one the companies top executives of sexual misconduct.

The head of Amazon Studios, Roy Price, was subsequently suspended from the company after Hackett’s accusations and amid the fury over McGowan’s claims that directly targeted one of the most powerful men in the country.

“Roy Price is on leave of absence effective immediately,” a spokesperson told the website TheWrap.

The accusations became public after an article by The Hollywood Reporter was released, mid-day Thursday, that came at literally the worst possible time for the now embattled company.

On the evening of July 10, 2015, after a long day of promoting Man in the High Castle at Comic-Con in San Diego, Hackett attended a dinner with the show’s cast and Amazon staff at the U.S. Grant Hotel. There she says she met Price for the first time. He asked her to attend an Amazon staff party later that night at the W Hotel (now the Renaissance) and she ended up in a taxi with Price and Michael Paull, then another top Amazon executive and now CEO of the digital media company BAMTech.

Once in the cab, Hackett says Price repeatedly and insistently propositioned her. “You will love my dick,” he said, according to Hackett, who relayed her account to multiple individuals in the hours after the alleged episode. (The Hollywood Reporter has confirmed Hackett told at least two people about the alleged incident in the immediate aftermath.) Hackett says she made clear to Price she was not interested and told him that she is a lesbian with a wife and children.

This comes on the heels of McGowan’s bombshell Twitter outburst which included claims that she told Amazon Studies that Harvey Weinstein had raped her and that was told back that it “hadn’t been proven.” Amazingly, Price, the man now accused of his own sexual misconduct, may have been the person who gave McGowan this response.

1) @jeffbezos I told the head of your studio that HW raped me. Over & over I said it. He said it hadn’t been proven. I said I was the proof.

2) @jeffbezos I had already sold a script I wrote to your studio, it was in development. When I heard a Weinstein bailout was in the works

3) @Jeffbezos I forcefully begged studio head to do the right thing. I was ignored. Deal was done. Amazon won a dirty Oscar.

4) @jeffbezos I called my attorney & said I want to get my script back, but before I could, #2 @amazonstudios called to say my show was dead

5) @jeffbezos Be the change you want to see in the world. Stand with truth. #ROSEARMY #Amazon

The sick irony in this disgusting situation is that Bezos owns the Washington Post which has spent over a year attacking Donald Trump over the Access Hollywood tape while accusing his supporters of sexism on a daily basis.

As Breitbart noted, “Bezos, with a net worth of over $80 billion, briefly surpassed Bill Gates as the world’s richest person earlier this year. He is the founder and CEO of Amazon, now the world’s biggest online retailer. He is also the current owner of The Washington Post, whose columnists have slammed President Donald Trump over alleged sexism and locker room talk.”

The entire Weinstein scandal is now seemingly moving forward against other high-profile players within Hollywood and the liberal machine, including Amazon and the Washington Post by extension.

One has to wonder how long until one of the establishment news papers does a hit piece on McGowan and begins to discredit her claims?