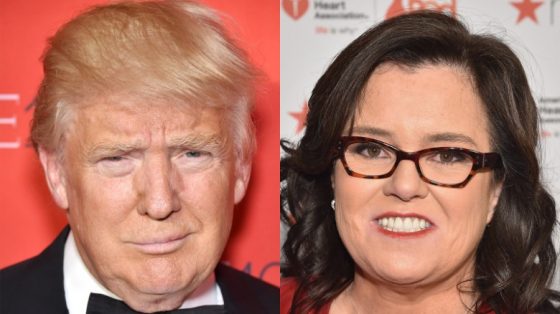 Rosie O’Donnell said her “entire essence and beliefs” were shaken to the core after Donald Trump was elected president. In her first interview since his election, she also said she was in shock that he won, and she is “seriously worried” about her ability to survive his presidency.

The Trump-hater told W Magazine in an interview that Trump’s election caused her to need to go through a lot of therapy.

“I was in pure unadulterated [shock] as if I had fallen through the ice on a lake; I was underneath the water, and I couldn’t even see the surface,” O’Donnell told the mag. “It was a severe shock to my entire essence and my beliefs in the order in the world, and also the PTSD of having been an abused kid in a family.” She added, “I did a lot of therapy.”

O’Donnell also said she was in “pure panic mode” the week following the election but is now just “devastated, disappointed, disheartened, and depressed by the reality of it.” The Hollywood liberal said, “I seriously worry whether I personally will be able to live through” Trump’s presidency. O’Donnell has not been quiet about her disdain for Trump. During the election, she took to calling him “mentally unstable,” among other things. But Trump has added some fuel to the fire as well.

When discussing how she felt when she saw her TV say that Trump has beaten Hillary Clinton to become the 45th president of the United States, O’Donnell said:  “…I was there and it happened, and I felt completely unprepared. I remember that night before they were announcing who had won, I saw the Trump children with their children on TV, and they were on an Instagram or something. They were taking a video going, “Grandpa’s gonna be the president!” I literally felt such sorrow inside of me that these people were so deluded. What were they doing with this child to tell the baby their grandfather’s going to be president? He’s not going to be president! Are you out of your minds? Cut to… right? I was completely unprepared.”

She went on to say:

“I haven’t done any interviews since he’s been elected. Today’s the first day of doing interviews. I haven’t been on television doing interviews since he’s been elected, so when I do the press for this show that will be the first time, and it has taken me a full year to integrate the reality of him being a president in a way that I don’t come across as either so full of rage that no one can hear my words, or so sad that I can’t articulate the level of pain. It’s taken a year for me to get my equilibrium back, to come back up to the surface, to really go, “Okay, every Monday is the hope that this is the last week”—and every Friday is a devastation. There are people who tell me, “Oh it’s going to be another year, another two years,” and I seriously worry whether I personally will be able to live through [his presidency] and whether the nation will be able to live through it and survive. It’s a terrifying concept, on the brink of nuclear war with a madman in charge. And the ineptitude—the impotence of people who should be able to stop him claiming they can’t—is absolutely infuriating.”