As we’ve noted before on a number of occasions, the US government is preparing for Unlikely Events Like War, Catastrophic Collapse of Society, and Even Asteroids and the Pentagon and Military are Actively War Gaming ‘Large Scale Economic Breakdown’ and ‘Civil Unrest’. In addition to security and law enforcement implications, it doesn’t take much of a stretch of the imagination to come to the conclusion that war gaming these scenarios takes into account continuity of government directives, which means that elite members of reserve government elements need a place to go if the SHTF.

The fact that bunkers exist is no secret, and as was pointed out in the aforementioned articles, there are many of them around the country. Rumor has it that the government has built literal underground cities spanning hundreds of thousands of square feet, complete with everything from nuclear power generation to facilities capable of manufacturing just about any modern day product. The idea is that in the event of a global cataclysm, the human race would be able to survive and thrive, without losing the technological advancements achieved over the last couple of centuries.

The following pictures come to us from a truck driver who has regularly delivered goods to bunker facilities. Most interesting is this individual notes that up until recently, security at these facilities has been somewhat lax and there was never really a visible law enforcement presence. The pictures below show parts of the inside of an underground bunker, as well as a newly visible Department of Homeland Security presence. What this means is for the reader to decide.

It is also important to mention that not all bunker facilities are wholly owned by the United States government. Many, like the one in Springfield, Missouri depicted in the video at the bottom of this article, are reportedly owned by private interests. These facilities have been carved out inside of existing mines and their purpose is not exactly clear, other than they are designed for housing large groups of individuals and/or supplies for extended periods of time – and they’re quite secure and almost impenetrable without heavy duty blasting equipment once the doors are shut.

For those who have researched continuity of government programs, you’re likely aware that in the event such actions need to be taken because portions of the US government have been decapitated, a secondary government infrastructure sits in waiting to take control. From the standpoint of emergency planning, plans for continuity of government are an important consideration in a free society. The problem, of course, is that the public is completely in the dark about COG directives and who will take over. From what we have been able to gather, COG doesn’t mean exactly what we think it might mean, which is to ensure survival of our fundamental principles as outlined by the US Constitution. Rather, it is believed that in the instance that our elected government falls apart, the replacement would be a self-appointed group of governors, complete with law enforcement and military, that would take control of day-to-day operations. Due to the secrecy surrounding COG, it is impossible to know what plans lie ahead, but private, unelected interests certainly will have a hand in any new government – much like they do now.

These private interests would include wealthy conglomerates who would likely be the only ones (for the exception of government directly) capable of building extensive bunker facilities like the ones shown below.

We must assume that the government and these private conglomerates will be acting in their own interests during a worst-case scenario. Thus, while those underground bunker facilities are peppered throughout the nation, it’s reasonable to assume that very few, if any, of those supplies will be delivered to those outside of the COG programs.

Unless you’re one of the chosen few, you’re on your own.

Editor’s Note: Large food manufacturers and other companies have been known to outsource storage of food, products, records, etc. to underground facilities. This may be the case with some of these underground cave facilities. Again, this is a conclusion that must be left up to our readers because we are operating with incomplete information.

I delivered at an underground storage facility in Lenexa Ks (south west suburb of Kansas City Ks) today and this is what I saw.

Funny thing is I have delivered to these facilities many times and have never even seen so much as a cop.

Today was different and a little strange.

The author goes on to further discuss the DHS presence, which is odd, especially if the facility is privately owned.

It is unclear whether this particular facility is managed, funded and controlled directly by DHS because it is near a government facility: 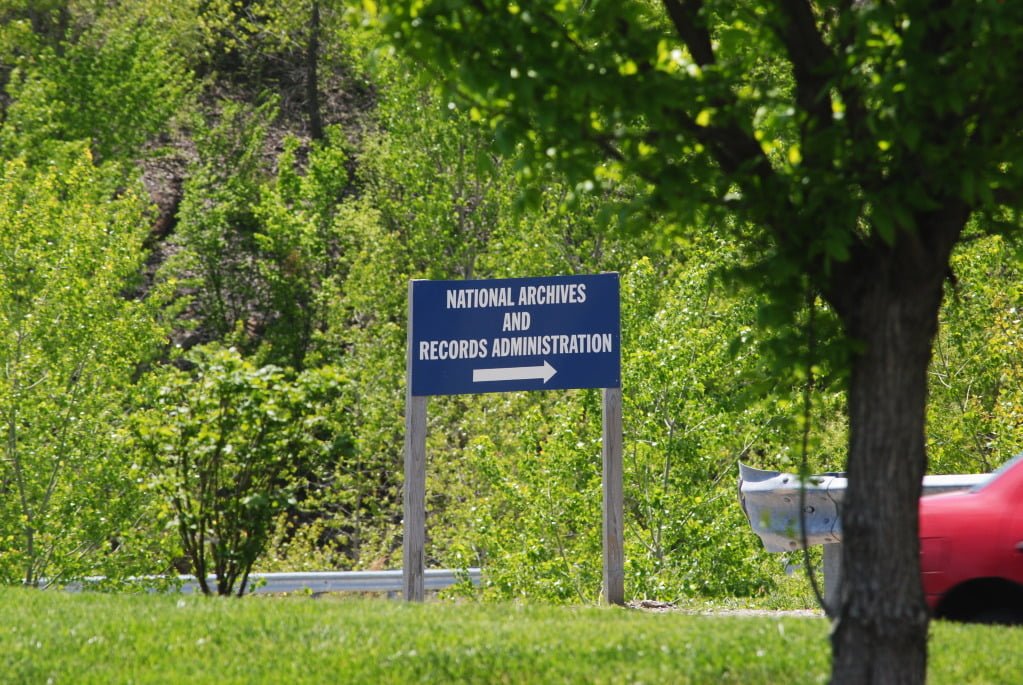 Or, whether the facility is privately managed. The following sign shows private companies operating in and around the facility: 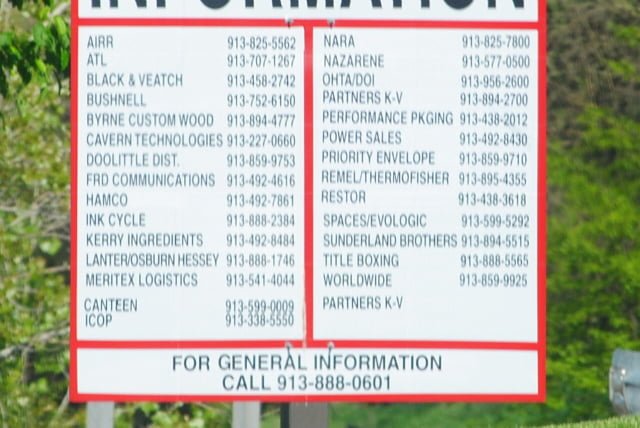 What is clear, is that Department of Homeland Security (not your average private security company) has a presence in the area: 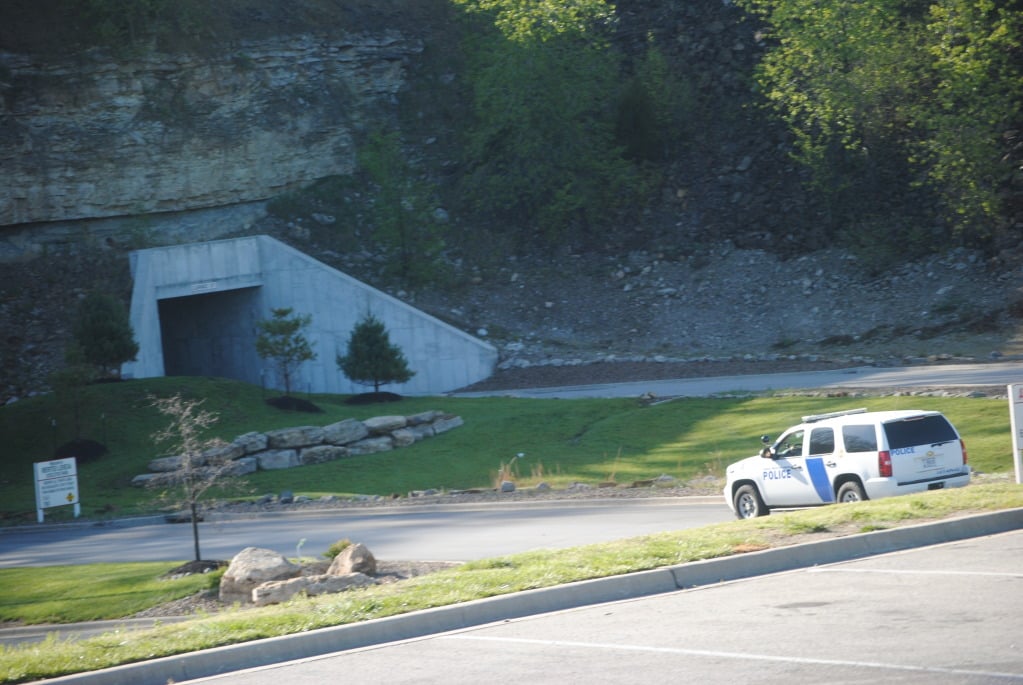 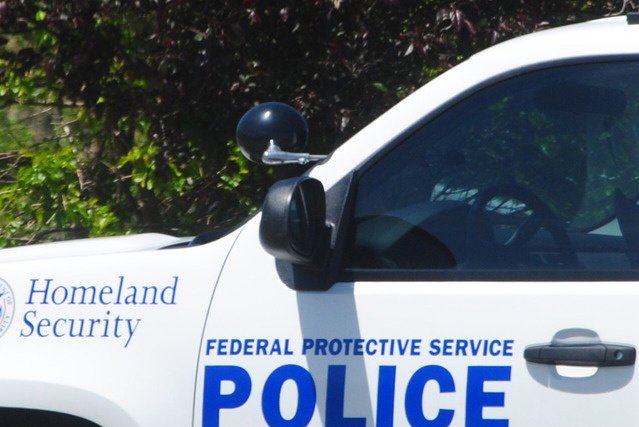 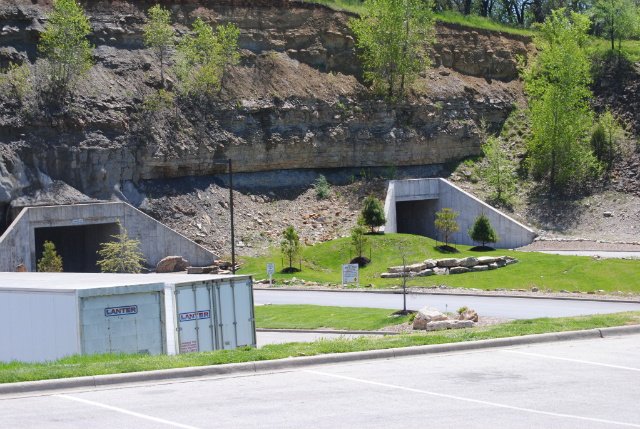 Truck driver responsible for this photos Enters one of the caves / bunkers (Note train tracks on right): 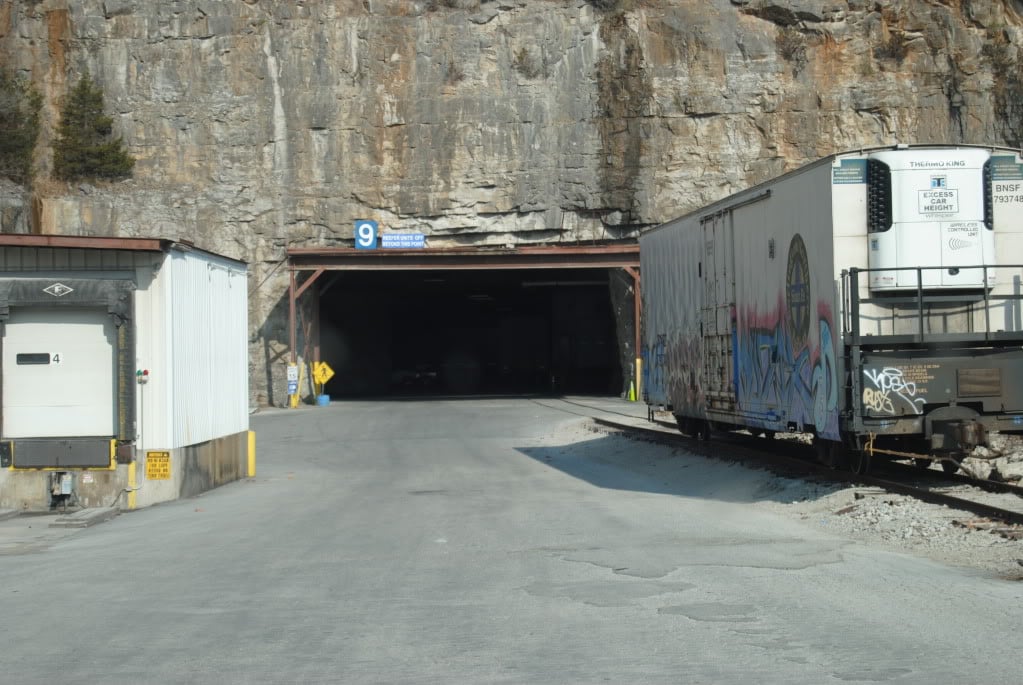 If you think your preparedness closet and storage facility are stocked with ample food, tools, and supplies, consider how much these guys can load up into one of these caves. Whatever they’re planning for, it’s going to be for the long haul: 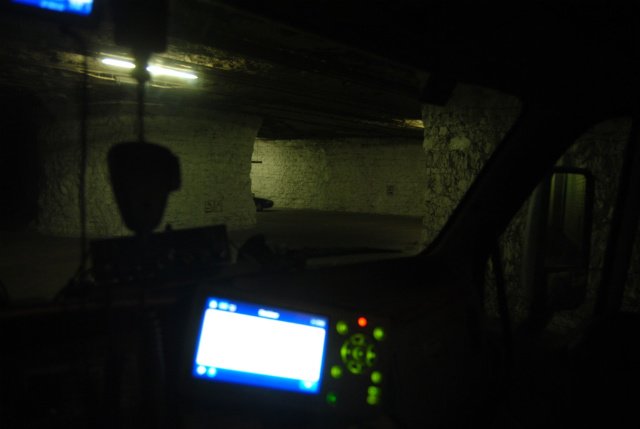 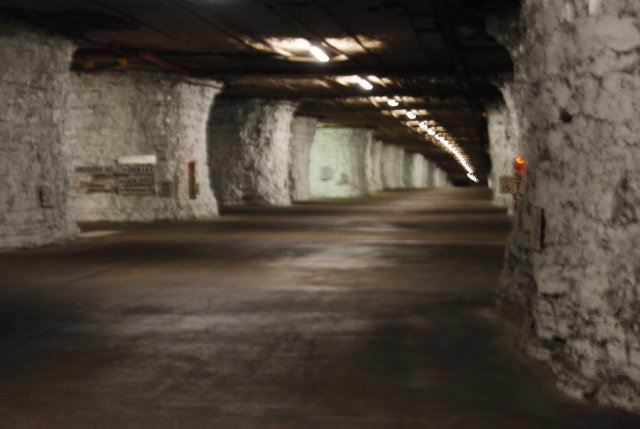 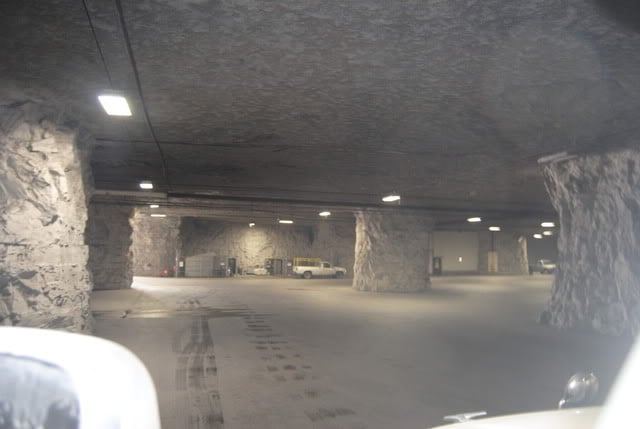 The above storage facility is reportedly located in Kansas City, KS.

Below, you can take a video tour of a bunker facility located in Missouri. Like the Kansas cave, these are extensive facilities designed for housing large amounts of supplies – and people:

Jesse Ventura’s Conspiracy Theory: Apocalypse 2012 includes discussions of alleged Denver airport underground bunkers, the private bunker construction industry, and the expeditious nature in which the US government and others are building these facilities:

This report has been published in the interest of keeping our readers informed. While natural or man-made disasters can strike anytime, we strongly believe that an imminent disaster that has the foreknowledge of our government, or elements therein, will be spotted by individuals who see something and say something to the rest of the public. It’s the truck driver who regularly enters these facilities and sees something out of the ordinary, or the security guard, or the law enforcement officer, or the passerby, that will be our canary in the coal mine. Our goal is to bring you credible information and evidence as it happens. What you do with that information is up to you.

Sourced via God Like Productions. Pictures sourced via Photo Bucket. Our thanks to Live Free or Die for bringing the video and this story to our attention via Before It’s News.