Creepy CNN Asks: “Who Is Designated Presidential Successor” If Trump Is Killed At Inauguration? 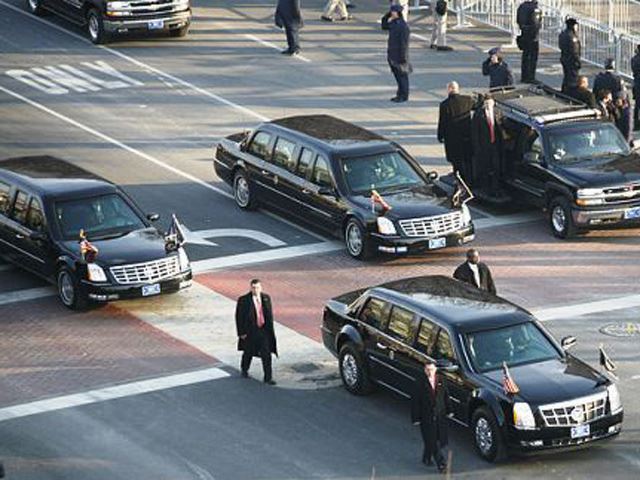 Editor’s Comment: The CIA puts out a stark warning that President-elect Trump should watch what he says; a man connected to Hillary Clinton is arrested after claiming is planning assassinate Trump at the inauguration, and CNN is discussing the chain of command for successors if Trump were killed during or before the inauguration. What the hell is going on here?

Whether this is fake news, or a deliberate campaign, the creepy coincidences surrounding tomorrow’s inauguration are piling up. Let’s hope this is all way off base, because this country does not need its biggest crisis to date. The fact that this is being discussed at all tells the you risk that this country faces of instability – across a variety of factors. Something is bound to crack…

5 Signs Something Might Be Going Down on Inauguration Day

CNN: If Trump is Killed During Inauguration, Obama Appointee Would be President

CNN has been criticized for airing a report which revealed that an Obama appointee would become president if Donald Trump was killed during an attack on the inauguration tomorrow.

Entitled Disaster could put Obama cabinet member in Oval Office, the report admits that there is no specific threat targeting the inauguration, but goes on to speculate about “who would be in charge if an attack hit the incoming president….just as the transfer of power is underway”.

An individual named the “designated presidential successor” will not attend the inauguration as a security precaution, “but it won’t be a Trump cabinet secretary….it will be an Obama appointee,” reports CNN.

The report emphasizes that “a president from the prior administration” will take power if there is an attack due to the fact that none of Trump’s cabinet secretaries have been confirmed yet.

According to CNN, the designated presidential successor is likely to be Tom Shannon, the Under Secretary For Political Affairs, and an Obama appointee.

The report teases the potential for an attack on the inauguration by asserting it would create “chaos” and “high theater,” before airing clips from ABC’s Designated Survivor show in which Kiefer Sutherland plays an obscure cabinet secretary who is “unexpectedly thrust into the presidency after an attack at the capitol during a State of the Union address.”

Given the huge number of death threats leveled at Trump – including one family friend of Hillary Clinton who was arrested after he threatened to assassinate Trump at the inauguration – is CNN irresponsible in drawing attention to this issue?

Respondents to the video on YouTube, which was heavily thumbed down, slammed CNN for almost encouraging a violent attack against Trump.

“Totally not suggesting anything here, huh CNN?” commented one.

“So leftist terrorists know who they need to take out, so that dems can stay in power? This is irresponsible journalism,” added another.

“I flagged this video as dangerous to the president elect, and that it might foment violence,” wrote another.

The charges are not without precedent. After Thomas DiMassimo tried to rush the stage to violently confront Trump during an event in Ohio last year, CNN gave him a platform to denounce Trump as a “bully”.