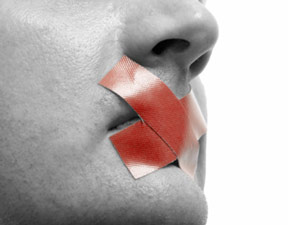 Editor’s Comment: This is chilling. More subtle than other forms of censorship, this Google/YouTube policy is stripping away the honest debate about some of the most important and controversial topics that are going on in our world. How can people not be allowed to discuss – or especially to criticize – the failed and flawed policies that are dragging us to war?

How can it be OK for Secretaries of State and Presidents to fund ISIS and cut deals with human right violators, but not OK for YouTubers to criticize it? By cutting advertising, the mega-platform hopes that no one will dare to discuss these things, and make no mistake, it will be selectively enforced. While individuals are free to go elsewhere, this platform, like a handful of others, has dominated that vast majority of web traffic, and drive the audiences that one would hope to reach with a video. If critics and dissidents are exiled and shunned from here, where will they be free to redress their grievances and call out hypocrisy and lies?

The new rules have sparked an outcry from the YouTube community because they are so incredibly restrictive.

YouTube will now retain the right to demonetize any videos that contain, “Controversial or sensitive subjects and events, including subjects related to war, political conflicts, natural disasters and tragedies, even if graphic imagery is not shown.”

“Inappropriate language, including harassment, profanity and vulgar language,” is also being demonetized.

This is the end game of allowing all your content to be swallowed up by social media ghettos. #YouTubeIsOverParty pic.twitter.com/ckSNa8YUmj

YouTube’s new policy will completely disincentivize YouTubers from discussing politically incorrect topics or expressing controversial opinions because they know they will be punished for doing so. Many YouTubers make a living off their channel and will therefore be walking on eggshells to avoid the company’s stringent new rules.

The new policy bears some hallmarks of the Communist Chinese government’s “social credit score system,” whereby Internet users are punished by private companies and their peers for expressing unpopular views on social media.

The move is primarily designed to scare away YouTubers from making anti-establishment political content, but prominent YouTubers are already reporting that videos on everything from acne solutions to tips on combating depression are being demonetized because they are not “advertiser friendly”.

“The channels that self-identify as vulnerable by these advertising guidelines seem to be news channels covering sensitive real-world topics,”reports Kotaku.

Prominent YouTuber Philip DeFranco responded to the controversy by vowing, “I’m not going to censor myself,” despite the fact that dozens of his videos have already been demonetized.

Google-owned YouTube is of course a private company and can enforce any rules it likes, but with the advent of such corporations becoming so large (more powerful than countries in some cases), in addition to them insisting on being treated as a public utility, the move is a massive stab in the back for the content creators who helped build the platform in the first place.

As Matt Drudge warned about when he appeared on the Alex Jones Show nearly a year ago, creators allowing their content to be swallowed up by social media ghettos was always going to lead to this outcome.

“I don’t know why they’ve been successful in pushing everybody into these little ghettos, these Facebooks, these Tweets, these Instagrams,” Drudge told Jones. “This is ghetto, this is corporate; they’re taking your energy and you’re getting nothing in return.”

The video below sums up the impact the new rules will have on YouTube unless they are reversed.