Saudis and the Dying Petrodollar: “The Global Economic Reset Has Begun” 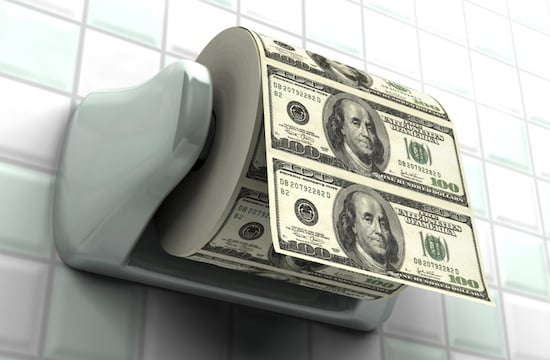 Editor’s Comment: As Brandon Smith makes eloquent in this article, a global showdown is looming, and the long-standing alliance between the United States and Saudi Arabia is likely to be broken, as self-interest drives new alliances in the era of global SDR currencies, and the end of the dollar’s special status on the world market.

Oil prices have been deliberately skewed to a level that would disrupt entire nations, and test markets while a flood of resources is pulling out the safety net and things grind to a halt. As these events unfold in the near future, much of the ample corrupt between the Saudis and the secret government wing of the U.S. government is likely to surface… and there is much evil and misdeeds to draw from.

One More Casualty Of The 9/11 Farce – The Petrodollar

It’s been about 15 years now since passenger airliners struck the World Trade Center towers on 9/11, and we are still suffering the consequences of that day, though perhaps not in the ways many Americans might believe.

The 9/11 attacks were billed by the Bush Administration as a “wake-up call” for the U.S., and neocons called it the new Pearl Harbor. But instead of it being an awaking, the American public was led further into blind ignorance. The event launched wars throughout the Middle East, energized by a strike-first doctrine which was supposed to bring unprecedented “democracy” to the region. Instead, the Middle East has now become as unstable as it was during WWII.

The penchant for Western governments to fund and train terrorist groups is now verifiable mainstream fact rather than being considered “conspiracy theory” as was the common accusation back in 2001. Pentagon papers outlining support for the formation of ISIS are available for anyone to read. The only disconnect that the public still seems to suffer from is that orthodox Republicans fail to recognize that the support for Islamic terrorism has been just as prevalent under Republican presidents (al-Qaeda) as it has been under Barack Obama. And, Democrats refuse to recognize that Barack Obama has been guilty of all the same criminal foreign policies they used to protest under George W. Bush.

There have been substantial economic consequences as well. The Iraq War alone is estimated to have cost around $2 trillion, with billions more in veteran benefits forthcoming. These numbers, of course, stop accounting for costs after 2010, when the war was deemed officially “over.” Costs continue to this day as the U.S. maintains its military presence in the region along with thousands of private contractors we rarely ever hear about.

The U.S. official national debt in 2001 was around $6 trillion. Today, the national debt has grown to more than $19 trillion. This astonishing debt accumulation is only partially due to combat operations in the Middle East; however, one must also consider the amount of interest owed on debts accrued.

There have also been numerous socio-political consequences post-9/11, including an ever expanding police state mentality which is reaching critical mass. The inevitable outcome will be open totalitarianism in the name of security, and rebellion in response.

Clearly, after 15 years of disastrous policy, it is time to admit that the U.S. response to 9/11 has damaged us far more than the actual attacks ever could.

Many of us in the liberty movement have studied the circumstances surrounding 9/11 extensively, including evidence indicating either government complicity in the attacks, or outright participation. Such a discussion is beyond the scope of this particular article, but I highly recommend anyone skeptical of U.S. government involvement in 9/11 look into the scientific data collected by Architects and Engineers for 9/11 Truth and see if your assumptions are not rattled.

Interestingly, the 9/11 truth movement may be partially vindicated in the near term as debate rages over the release of redacted and classified documents tied to the original government led investigation into 9/11. The problem is, the release of these documents is just as calculated as the original cover-up.

The fact that the involvement of the Saudi Arabian government in the events of 9/11 has suddenly hit the mainstream media this year is probably not a coincidence.

As I outlined in my article “The global economic reset has begun,” the U.S. economy has been protected since the credit crisis of 2008 by three pillars, and each of these pillars is now being systematically demolished.

The first pillar was fiat stimulus and quantitative easing. This pillar was removed through the Federal Reserve’s taper program.

The second pillar was the use of near-zero interest rates to funnel cheap or free money through overnight loans to banks and corporations which they then used in a long cycle of stock buybacks. This pillar is now being removed through interest rate hikes by the Fed, and stock buybacks will be dead before 2016 is over.

The third and final pillar holding up the U.S. economy is the dollar’s world reserve status — the dominance of the dollar around the world as the primary currency used in international trade.

World reserve status allows America to maintain extreme levels of debt creation and protects us partially from fiat hyperinflation. Because so many dollars are needed by overseas governments and corporations for international trade, the Federal Reserve has been able to perpetuate massive stimulus programs without all the money created immediately burying the U.S. system as what happened in Wiemar, Germany. The problem is, if the dollar ever loses world reserve status, the unknown amounts of dollars created by the Fed and held overseas will come flooding back to destroy the illusion of our currency’s value.

The dollar’s world reserve status is highly dependent on the fact that it is the petrocurrency; the vast majority of oil purchases around the planet are made only in dollars. In fact, most oil producing nations will not sell their stock unless dollars are used.

The dollar has enjoyed this awesome advantage primarily because of the relationship between the U.S. government and Saudi Arabia.

For now, Saudi Arabia is still the largest holder of oil production market share in the world. This market share has been declining somewhat recently due to falling global demand and more specifically falling U.S. demand, which has led to more vicious competition from other producing nations, including Russia and Iran.

Falling U.S. demand by itself has perhaps led OPEC nations to question the continued validity of the dollar as the petrocurrency. In November of 2015, the Saudi government hinted at the possibility that they might depeg from the U.S. currency entirely. This act alone would essentially destroy the dollar’s petro-status. The conundrum facing the Saudis was increasingly low and unstable oil prices to which the petrodollar adds a level of uncertainty. Mainstream analysts argued that Saudi Arabia may be forced to choose – either cut production to increase prices, or end the dollar peg and stabilize prices, by switching to a basket of currencies instead (Special Drawing Rights, anyone?!).

Obviously, after the engineered absurdity at the Doha meeting this month, there is absolutely no chance in hell that Saudi Arabia will commit to any substantial cuts in oil production. In fact, the Saudis have just announced that they may expand oil fields in order to increase production to even greater historical levels.

So, oil prices are going to remain low for now, and will probably fall exponentially if a battle for market share between Iran, Russia and Saudi Arabia goes nuclear, as I have predicted. This would suggest that the Saudis will end the peg to the dollar within the next couple of years.

As I wrote in my article “Economic crisis goes mainstream; what happens next?,” an oil price panic could lead to conflict between Saudi Arabia and the U.S. and disrupt the petrodollar. And, this would precipitate the fall of the dollar’s world reserve status; meaning, the globalists would get exactly what they want — the death of dollar dominance and the rise of the SDR system under the IMF as a prelude to global currency and global economic governance. However, another catalyst from left field may be needed. A sort of black swan event… enter the 28-page “secret chapter” of the 9/11 congressional inquiry.

Supposedly, the documents are a bombshell linking the Saudi government directly to the 9/11 hijackers and exposing their aid to said terrorists. Despite Obama’s supposed peace offerings to the Saudis, the White House is still said to be “poised” to release these documents to the public in the near term.

The Saudi’s have responded with extreme anger, and have openly threatened to dump their $750 billion in U.S. treasury holdings if the documents ever see the light of day. This would invariably end the Saudi peg to the dollar and thus end the dollar’s petrostatus, which would then expedite the end of the dollar’s world reserve status. It would be a catastrophe.

The set-up is perfect. The liberty movement gets some vindication that there was indeed a conspiracy surrounding 9/11, but the true scope of that conspiracy remains hidden as the Saudis take the brunt of the blame. The Saudis get an opportunity handed to them on a silver platter to kill the dollar peg, an action they have been planning for quite some time anyway. The U.S. government then becomes partly responsible (in the public eye) for opening the door to the destruction of the dollar, a process which the globalists at the International Monetary Fund (IMF) and the Federal Reserve have been planning for decades. Then the IMF can swoop in post-crisis with the SDR basket system to replace the dollar’s world reserve structure.

We then have immense global economic change triggered by nothing more than a 28-page document, but predicated on years of careful staging, planning and choreography. Once again, the globalists have conjured a theatrical circus which they may use to end the American economy as we know it.

We will have to wait and see if the 9/11 documents are released, and if the Saudis follow through with their threats. But consider this; who really benefits in the end in the wake of these developments?  Such a move would certainly only serve the interests of international elites in the long run.

This article was written by Brandon Smith and originally published at his Alt-Market website, where his sober and valuable analyses are featured.