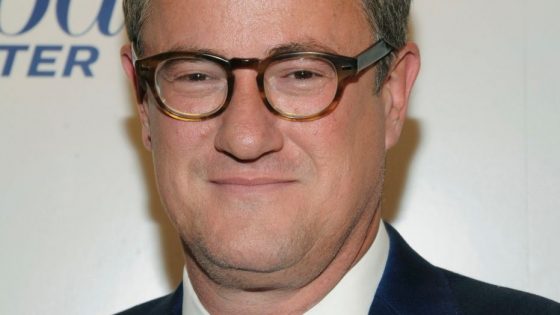 Another day, another stunning attack on the very legitimacy of being elected the President of the United States if you are not in bed with the establishment, this time coming from the liberal propaganda “news” outlet MSNBC and their globalist inspired morning show host Joe Scarborough who took to the airwaves to demand that the rightfully elected president be removed from office because his enemies “believe” that he has early signs of some sort of mental illness.

You read that right. MSNBC is now openly calling for the removal of President Trump from office for mental illness, with literally no evidence, simply because the establishment believes he must be crazy for refusing to bow down to the globalist cabal that essentially runs the world.

“He is completely detached from reality, we had a New York Times and Washington Post piece saying so a couple of days ago, and the question is Mika,” Scarborough claimed, “if this is not what the 25th Amendment was drafted for, I would like the cabinet members serving America, not serving the president” to act accordingly.”

Scarborough then claimed that we are literally about to have a nuclear war, sourcing his claims from open world government proponent and Council on Foreign Relations globalist Richar Haas, that of course would be Trump’s fault rather than the rogue dictator in North Korea who has publicly called for nuking America.

“We are headed towards a nuclear showdown,” he continued. “Most insiders say, Richard Haas has said it matches everything we’ve heard from inside the administration, we are closer to war on the Korean peninsula that most Americans know, we heard this months ago, that we are going to have a ground war in Korea, they believe that inside the White House for a very long time.”

Scarborough then called on the cabinet to remove Trump from office in order to save what he believes would be millions of American lives. This truly is Trump Derangement Syndrome taken to the extreme.

This latest attack on American democracy itself comes after Trump shockingly tweeted about the mysterious (and still unsolved) death (murder?) of an intern who worked in Scarborough’s Florida Congressional office.

Despite claims by the mainstream media, the death of  Lori Klausutis has never been fully investigated and the authorities who did look into the matter where openly friendly with the then Republican Congressman.

Trump’s tweet seemed to hit home with Scarborough who has now gone on a rampage demanding that the person rightfully elected by the American people be removed from office, citing discredited mental illness claims as the reason when in reality it is because Trump is willing to call out Scarborough’s shady past as well as stand up to the world globalist establishment.