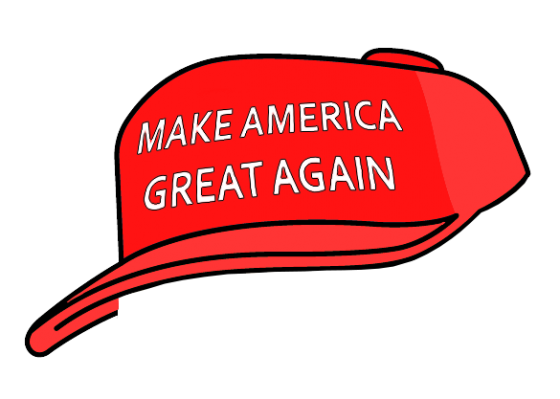 Students at Fordham University were forced to leave a college campus coffee shop after they were harassed by its president who demanded that they leave the store because they were members of the College Republicans who were wearing Make American Great Again hats.

The students were told that their MAGA hats violated the shops “safe space policy” and therefore they had five minutes to leave the store despite the fact that they had purchased coffee and as students of the university would seemingly have every right to be there.

Video footage of the incident, obtained by Campus Reform, shows the “self-identified” president of the Coffee House harassing the students before laughably claiming that she is the one protecting her customers.

“I am protecting my customers,” the clearly agitated liberal yells at the students.

“We are your customers, we bought something,” a CR member replied.

A student then asked for a refund, to which the president responded, “[y]ou had some coffee… do not try to outsmart me.”

“You are threatening the integrity of our club. This is a community standard—you are wearing hats that completely violate safe space policy,” she said. “You have to take it off or you have to go.”

One of the students then asked the president to explain what she thinks the MAGA hat stands for, to which she replied, shouting: “Fascism, Nazis! You have three minutes.”

The students took a photo of the coffee shops safe space policy which predictably targets anyone who doesn’t follow the hard-left orthodoxy.

“Do not make assumptions about someone’s gender, sexuality, race, class, or experiences. Be aware of your own identity, while being considerate of the personhood of your peers. Be mindful of the ways in which your words and actions impact others. Be aware of the boundaries of other’s space, physical or otherwise, and respect their consent.

No racism – No sexism – No homophobia. If you feel that someone has transgressed this policy, we want you to feel comfortable confronting them or approaching a member behind the counter, who is available as a resource to assist you.”

In other words, if you are a Trump supporter you are a racist and not allowed in a coffee shop that is literally on campus.

No word whether or not university officials are going to do anything about their own students being harassed for their political opinions.