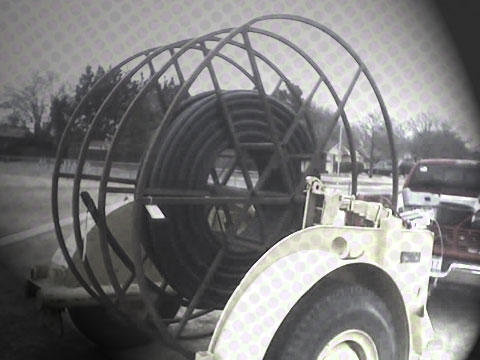 On Tuesday, someone broke into an underground vault in Sacramento, and cut several high-capacity internet cables. Nobody knows who this person is or why they did it, but since that time the FBI has revealed that it was not an isolated incident. They’ve been investigating 10 other recent attacks on the internet infrastructure of California, and they seem to be deeply troubled by the vulnerability of these cables.

The FBI is investigating at least 11 physical attacks on high-capacity Internet cables in California’s San Francisco Bay Area dating back a year, including one early Tuesday morning.

Agents confirm the latest attack disrupted Internet service for businesses and residential customers in and around Sacramento, the state’s capital.

“When it affects multiple companies and cities, it does become disturbing,” Wuthrich said. “We definitely need the public’s assistance.”

A security professional who was interviewed for that article, also suggested something that should perk the ears of any American that hears it.

“When it’s situations that are scattered all in one geography, that raises the possibility that they are testing out capabilities, response times and impact,” Thompson said. “That is a security person’s nightmare.”

The article goes on to compare these incidents to similar attacks that happened in Arizona last year, as well as California in 2009. However, they may be missing the bigger picture. This whole situation reminds me of an article I wrote just over a year ago about several attacks that were carried out against the power grid, which again, occurred in California and Arizona (weird right?). This included the very unsettling attack against a power station in San Jose, which wasn’t revealed until 10 months after the fact, and to date, there has been no explanation for the incident.

Rather than a bomb, the San Jose attack turned out to be a frighteningly coordinated shooting. It’s estimated that 6 individuals approached the facility late at night armed with AK-47’s, and opened fire, but not before sneaking onto the property and disabling the alarm system. The attackers managed to disrupt a total of 10 transformers, and escaped just before police arrived. Investigators would later find more evidence of just how professional the attack was:

“After walking the site with PG&E officials and FBI agents, Mr. Wellinghoff said, the military experts told him it looked like a professional job. In addition to fingerprint-free shell casings, they pointed out small piles of rocks, which they said could have been left by an advance scout to tell the attackers where to get the best shots.”

It should be abundantly clear now that some organization out there is quietly coordinating small-scale attacks against America’s power grid and internet lines. In my previous article, I suggested that they’re probing our infrastructure for weaknesses, and gauging reaction times and security. I still think that may be the case.

It’s possible that these attacks are all unrelated, but it sure doesn’t look like it to me. I won’t suggest who may be doing it since it’s impossible to know for sure, but it definitely looks like there is an organized effort of some kind to disable the electricity and communications of Arizona and California. We probably won’t know who it is until they get around to a full-scale attack, which given the vulnerability of America’s power grid, may be absolutely devastating. If you have a hunch about who these people are, share it with our readers in the comments.