Why Hedge Funds Are Such a Colossal Waste of Money 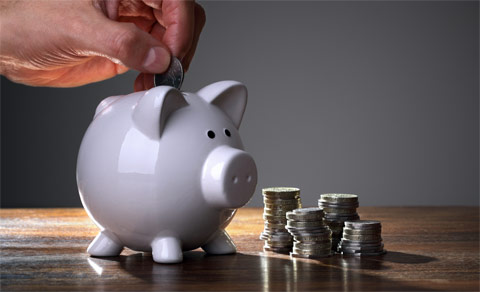 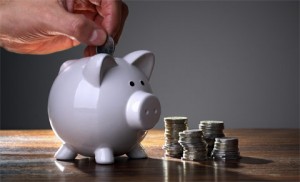 For most people, the stock market is an mysterious force that they will never understand. It might as well be a glittering slot machine as far as they’re concerned. They don’t know how it really works on the inside, all they understand is that the machine is known to pay out big from time to time. Of course, that doesn’t discourage them from trying their hand at the casino anyway. When the average person wants to place their bets on the stock market, they turn to the experts. They go to the hedge funds and hand them their savings and say “here’s my money, make it rain please!”

Unfortunately for these poor dupes, real stock market “experts,” that is, people who can consistently pick good stocks over many years, are slightly more abundant than unicorns. In reality, most experts are a joke. The recent stock market crash as revealed (probably not for the first time) that hedge funds are often horrible investments.

Bloomberg recently did a report on what are referred to as “hedge fund hotels.” These are companies where various hedge funds own at least 25% of the stock. While concentrating their money on a few stocks is profitable for a while, it can easily end in disaster. When the stock market slides, these hedge fund’s losses could be best described as disproportionate.

While the S&P 500 fell by roughly 10% over the past week, the 5 companies that Bloomberg reported on lost anywhere between 21% and 42% of their value. All told, these companies had between 26% and 48% of their stocks, owned by hedge funds. These companies were the favorite picks of the experts, and they failed spectacularly.

Of course, this is nothing new. These companies have been a terrible bet for a long time, since they routinely under perform current market trends. A Standard and Poor’s study conducted in 2009 found that the vast majority of mutual funds (those would be hedge fund’s cheaper and less risky brother) can hardly reach their benchmarks.

Investors in actively managed mutual funds the last five years have reason to wonder what they’ve been paying for: A new study from Standard & Poor’s finds that 70% of large-cap fund managers who use the S&P 500 as a benchmark for comparison have failed to match the performance of the index over that time.

That’s double bad news, given that the index was down 19% in the five years that ended Dec. 31.

The failure of active management is replicated across almost all categories, not only U.S. stock funds but also bond funds and even emerging-markets funds. What’s more, those numbers are similar to the previous five-year cycle.

“We consistently see that once you extend time horizons to five years, the majority of active managers are behind their benchmarks,” said Srikant Dash, global head of research and design at S&P.

All told, between 70 and 89 percent of the stock managers in the study, under performed the stock market depending on their field of expertise. In other words, you could probably pick a better stock by flipping a coin or consulting a palm reader. You could probably outperform most hedge funds by picking the stocks that they don’t want. You might even do better than most experts by throwing darts at the financial page of the newspaper.

This also means that on a long enough timeline, your best case scenario is not losing any money. If various indexes are outperforming most “expert” opinions in both good times and bad, then on a long enough timeline you would probably lose money. You would only make a little money when stocks are hot, and then lose all of your gains on the next correction.

So how do these companies stay in business? It’s simple really. They have great PR. They’ve convinced everyone that they are the go to guys for picking stocks. But more importantly, they make money no matter what. Most funds will charge a small annual fee that you must pay no matter what happens, and then they charge 20 or 30 percent of any profits that are made. So they obviously want to pick good stocks, but there are no consequences for picking bad stocks. When the market crashes, their investors can lose everything, but they will stay above water.

Basically, if this were a gold rush, the hedge funds would be the merchants. The vast majority of the miners won’t make any money in the long run, but the guys selling pickaxes and shovels will always make a profit. Hype is the only thing keeping them in business, much like the rest of our economy.