Uncertain In 2017? Analysts Expect “Silver and Gold Rally Under Trump” 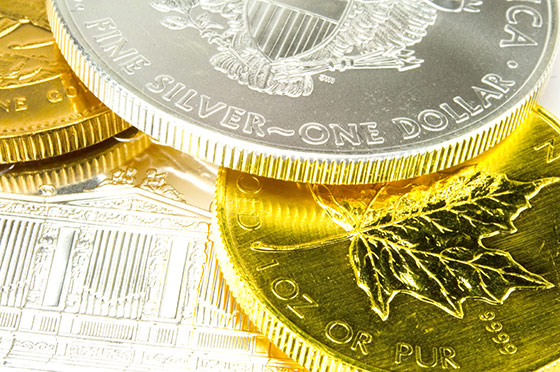 This article was written by Steven Maxwell and originally published at Activist Post.

Editor’s Comment: Can they hold back gold and silver prices forever, despite obvious manipulations of the price? Maybe. It remains to be seen how much brute force and ridiculous propaganda can hold back the pressure piling on the fiat currency system, and an economy that is skewed to produce cream for the 1%.

More likely though, at some point, they won’t be able to hold gold and silver back any longer. Most analysts peg the real value of gold at over $5,000, though the market doesn’t come anywhere close to that value, with banksters trading on futures and messing with the price point. During a crisis, or a long-standing emergency, and one where goods and essential services are lacking or no longer available, the true value of gold and silver as lasting commodities will once again shine through – it could be used for barter, debt payoffs or collateral for barter of smaller or perishable items including food.

Regardless of all the funny business with the dollar, the propping up of the stock market and the push to move more and more onto the grid, precious metals can hold their own when allowed to do so.

Will Silver and Gold Rally in 2017 Under Trump?

Unstable economic conditions and a Trump presidency may cause a rally in precious metals.

Trump’s protectionist policies and his support for auditing the Federal Reserve could make silver and gold an attractive hedge in 2017. Couple that with a bubble economy that has many bloated sectors ready to be pricked, sending capital flooding out of paper assets into safer places.

Under Obama, silver hit a low of $9.46/ounce on November 6th 2008, a mere two days after Obama was elected as the 44th US president. After an epic real estate and stock market meltdown led to an unprecedented Fed bailout, a rally for paper assets and metals ensued.  Silver hit highs above $50/ounce in April of 2011.  While Obama readies his exit from the White House, the stock market continues to ride the stimulus bubble, but silver has substantially retreated to near its lowest price under his Administration – $16.80/ounce.

Although silver may seem to be a cheap and boring investment compared to the prospect of 20,000 Dow, had you bought it during those early days following Obama’s election, your investment would have still gained about 70 percent with a future that appears to be even shinier.

The price in precious metals swung a bit on election night – up when a Hillary win was expected, down after it was clear Trump would be victorious. Apparently a lot of people were rage dialing their brokers late into election night resulting a near five percent plunge in the Dow Jones in after-hours trading. This illustrates the fact that there can be emotional volatility during any time of transition and a subsequent rush to safety. On election night people ran to cash for safety. Yet, ongoing currency wars and potential trade wars with Trump’s proposed tariffs could make precious metals an important hedge.  Remember that other countries also buy silver and gold when currencies become unstable.

Those with physical metals or gold and silver in IRA could also benefit from Trump’s $1 trillion infrastructure plan, both because it will require printing money (inflation) and because the new construction will require more fabrication metals than a free market would normally demand.

One recent development that could also lead to potentially higher prices is the Deutsche Bank settlement last year over precious metals price rigging and their testimony about other participating banks. This punishment might create an atmosphere of more honest pricing going forward in 2017 and beyond as the market adjusts to its new freedom after the fallout.

Recall according to Bloomberg:

Deutsche Bank AG has reached settlements in lawsuits over allegations it manipulated gold and silver prices, lawyers for traders of the commodities said in court filings.

Attorneys for futures contract traders in two private lawsuits said in letters filed Wednesday and Thursday in Manhattan federal court that the bank has executed term sheets and is negotiating final details for the accords.

“In addition to valuable monetary consideration to be paid into a settlement fund, the term sheet also provides for other valuable consideration such as provisions requiring Deutsche Bank’s cooperation in pursuing claims against the remaining defendants,” attorneys Daniel Brockett and Merrill Davidoff said in their letter Thursday in the gold-fixing lawsuit.

If an atmosphere of more transparency should take hold under a Trump presidency and other governments around the world, it’s reasonable to assume that precious metals will begin a steadier trajectory upward, rather than some of the severe volatility they have been subjected to. Once proper pricing is firmly established, mining companies will then be able to show their investors steadier returns, heralding a potential surge across the board.

A final economic consideration that continues to highlight physical silver as a strong asset is a year-over-year shortage, with production decreasing on a global scale. Once again, this reality has not been fully reflected in its current price. If all factors remain relatively constant, silver and gold will likely climb in value in 2017.

However, if any of the major financial bubbles burst, it could depress global demand for all commodities in the short term.  So it’s best to stay diversified and adaptable.

This article was written by Steven Maxwell and originally published at Activist Post.