Zelensky Says WWIII Assured If Negotiations With Russia Break Down 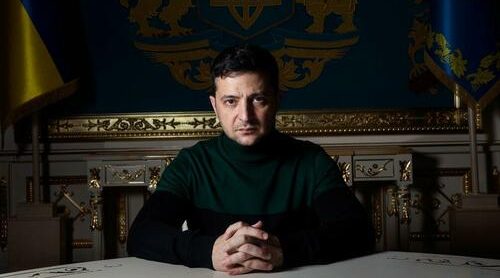 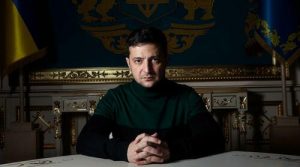 Ukrainian President Volodymyr Zelensky said on Sunday that he’s “ready for negotiations” with Russian President Vladimir Putin, but that if they break down, it will lead to World War III.

“I’m ready for negotiations with him. I was ready for the last two years. And I think that without negotiations we cannot end this war,” Zelensky told CNN‘s Fareed Zakaria.

“I think that we have to use any format, any chance in order to have a possibility of negotiating, the possibility of talking to Putin. But if these attempts fail, that would mean that this is a third World War.”

“You cannot reverse this situation anymore. You cannot demand from Ukraine to recognize some territories as intended for conflicts, and these compromises are simply wrong.”

Zelensky’s comments come as Turkey claims Moscow and Kiev are close to an agreement on key points – despite the Kremlin turning to “more destructive artillery” after revealing it used hypersonic “Kinzhal” missiles at least twice on Ukrainian targets.

In a Saturday video message, Zelensky called for talks “without delay,” warning that Russia would suffer “huge” losses if they don’t come to the table.

“We have always insisted on negotiations. We have always offered dialogue, offered solutions for peace,” he said. “And I want everyone to hear me now, especially in Moscow. It’s time to meet. Time to talk. It is time to restore territorial integrity and justice for Ukraine.”

Russia’s priorities – laid out in a call with Turkey last week – consisting of two categories of demands; Ukraine must remain neutral and not apply to join Nato, a point Zelensky has already conceded. Ukraine would also need to undergo a disarmament process to ensure it isn’t a threat to Russia, as well as ‘de-Nazify’ its armed forces.

The second category of Russian demands is where more difficulty will lie, according to top Turkish government adviser Ibrahim Kalin, and will require face-to-face negotiations between Putin and Zelensky.

Mr Kalin was much less specific about these issues, saying simply that they involved the status of Donbas, in eastern Ukraine, parts of which have already broken away from Ukraine and stressed their Russianness, and the status of Crimea.

Although Mr Kalin didn’t go into detail, the assumption is that Russia will demand that the Ukrainian government should give up territory in eastern Ukraine. That will be deeply contentious. -BBC

On Sunday, Zelensky told CNN that if Ukraine “were a NATO member, a war wouldn’t have started.”

“I’d like to receive security guarantees for my country, for my people. If NATO members are ready to see us in the alliance, then do it immediately. Because people are dying on a daily basis,” he continued, adding that he’s been grateful for NATO’s aid since the invasion began.