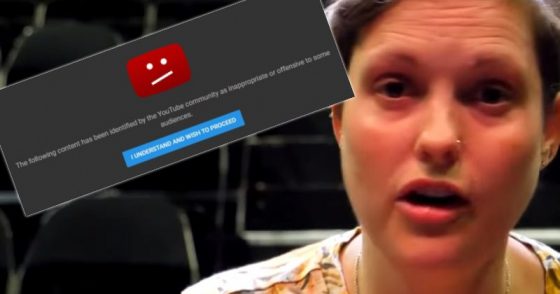 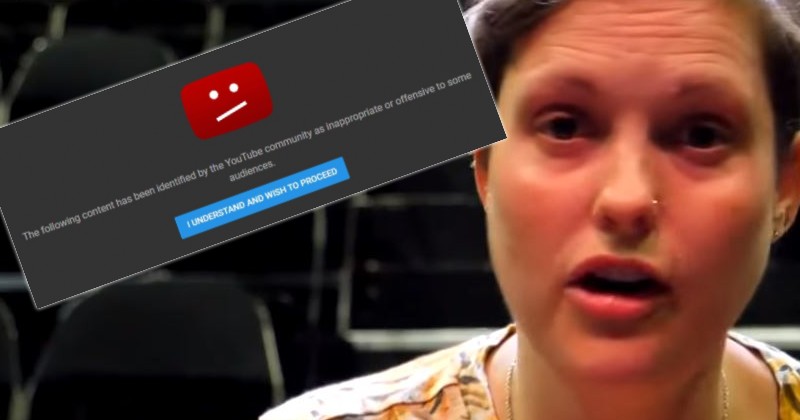 YouTube has sensationally censored a viral video that criticized a liberal comedian for claiming that white men were a bigger threat than Islamic terrorists.

The video, entitled The Dumbest Liberal Ever, had received over 700,000 views before it was hidden behind an interstitial that reads, “The following content has been identified by the YouTube community as inappropriate or offensive to some audiences.”

Users have to be signed in to watch the video, while comments, likes, and views have all been removed.

In the video, I completely debunked, using primary sources and hard data, comedian Josie Long’s claim that the “far-right” and white men in general represented a bigger violent threat than Muslim extremists.

The video contains nothing other than perfectly legitimate criticism of a celebrity and public figure’s opinion. It is now included on a censored list that includes neo-nazi content, Islamic State propaganda and hate speech.

This is precisely what we have warning about since the YouTube “adpocalypse”. In August, I made a video warning that YouTube had sent out a message, “don’t have controversial opinions about anything or you will be punished” and that YouTube has made it, “abundantly clear that it doesn’t support free speech.”

YouTube is now censoring content that debunks the arguments of leftists who run defense for Islam. This is a new level of thought policing.

You can watch the original video below via Twitter.

It would be a shame if it got retweeted thousands and thousands of times.

Back in July, Long announced that she was temporarily leaving Twitter, but not before she aimed a tweet at me encouraging people to, “Continue fucking him up,” which itself appears to be a violation of Twitter’s “targeted harassment” rule.

A real good treat, go on, continue fucking him up please, it's a delight.

An appeal has now been made with YouTube to re-instate the video. I did not even receive a notification email telling me it had been censored.

In addition, every video I upload to my channel is now automatically de-monetized, emphasizing once again how YouTube is turning into a safe space for big corporate news networks and left-wing comedians while strangling the voices of independent creators, the people who built the platform in the first place.

The video also shows YouTube’s Ernest Pettie admitting how the company deliberately prevents the Alex Jones Channel from appearing in its trending or news sections and buries our content in favor of “legitimate” channels.

Top YouTuber Ethan Klein also highlighted how YouTube has special relationships with prominent leftists channels, such as Jimmy Kimmel Live, that allow ads to run on “controversial” videos, such as Kimmel’s rant on the Las Vegas shooting, while videos discussing the same topic but with a different opinion have ads removed and in some cases the video is censored altogether.

The Facebook version of the original video that was censored by YouTube is embedded below – it already has over 2 million views.