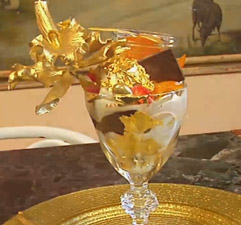 This article was originally published by Gary Christenson at DeviantInvestor.com 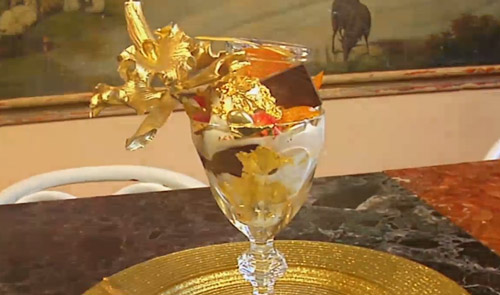 I read that I can’t eat gold as I munched on my 401(k) sandwich and guzzled my IRA wine, which tastes like a cheap Chardonnay. For a side dish I ate blanched twenty dollar bills and consumed a chocolate money market for dessert.

Yes, I am kidding.

The point is that simple statements such as “You can’t eat gold” are a useless DISTRACTION.

Why would the financial powers-that-be want a distraction? If you store your wealth in gold, it is out of the fiat financial system and out of the control of bankers and politicians. They want control over your wealth and therefore they discourage ownership of gold.

Simple! But there is more!

Not only do bankers and politicians want control over your wealth, they also want control over the price of gold in the market. Gold competes with all other debt based fiat currencies, and banks, central banks, and governments promote and depend upon those fiat currencies. They don’t want gold – a competing currency – attracting attention away from their heavily controlled fiat currencies. But central banks have only so much influence. In Japan the people are realizing they need gold, thanks to current central bank policies. “Precious metals markets have clearly turned the corner.”

Does Wal-Mart encourage people to shop at Target? Of course not! Similarly, central bankers discourage gold ownership, and price suppression is one of their tools. A research paper written by Dirk G. Baur of the University of Western Australia discussed the process by which central banks manage the prices paid for gold. GATA has documented price manipulation for years. Again, if anyone has the power and the need to manipulate markets, it is reasonable to expect they will manipulate markets, so no surprise here…

Simple! But there is more!

Fiat currencies are based on debt. Banks increase debt (their business model…)and debt eventually transforms into financial slavery. Gold is not based on debt – it is pure wealth, not debt – and hence it is heavily discouraged by the financial powers-that-be. Governments and central banks understandably want a monopoly over the issuance and value of their currencies. Fiat currencies enable that monopoly while gold discourages such a monopoly. Don’t expect central banks to embrace gold UNLESS they have NO OTHER OPTIONS.

You can use your dollars – not money but a debt owed to you by the Federal Reserve – to purchase a stock or bond or consumer good. The reason your dollar is accepted is because the person accepting your dollar knows that it will be accepted by the next person in the financial transaction chain.

What happens if the chain breaks due to a loss of confidence? A replay of the 2008 crisis could occur but the devastation will probably be much worse. Why? Far more debt, over $200 trillion and counting, more leverage, more derivatives, and more fragile financial systems. If confidence breaks, counter-party risk becomes critical. If bank-1 doesn’t get paid after a crash, and it can’t pay bank-2, and bank-2 owes you, then you might not be paid. Multiply that by a few hundred trillion and compare that to the zero counter-party risk of physical gold.

Negative Interest Rates: Supposedly there is $12 – $13 trillion in global sovereign debt that “yields” negative interest. Does that conjure images of a solid financial system or a massive bubble in search of a pin created by lost confidence? Would you rather own gold for the long term or a bond that offers negative yield and will be repaid in a devalued currency?

Sub-Prime Economy: Steve St. Angelo makes a good case for a sub-prime economy, which suggests coming defaults in corporate debt, student loan debt, sub-prime auto loans, and energy loans. There is no shortage of risky debt that can and probably will eventually default. Would you rather own sub-prime bonds or physical gold when loans aggressively default and confidence in fiat currencies fails?

Precious metals are insurance against an increasingly fragile and inflated Ponzi Bubble of fiat currencies, sovereign debt, student loan debt, corporate debt, energy debt, auto loans, and waning confidence in government and central banks. Yes, there is considerable risk in all the above — except with gold and silver.

“Capital markets are on the edge of a collapse. Soon, they will have zero confidence in the power of central banks to maintain sound money. The world’s most powerful central bank, the U.S. Federal Reserve, is a case study in this global collapse in confidence.

“The Fed’s forecasting record is abysmal, their financial models are obsolete, and their understanding of capital markets is deeply flawed. For years these shortcomings have been obscured by investors’ blind faith in the omnipotence of central banks, and the fear of living without them. Now their time is up. The emperor has no clothes and everyday Americans are finally willing to admit it.

“This loss of confidence is not confined to the Federal Reserve. It is affecting central banks all over the world.”

Gary Christenson is the owner and writer for the popular and contrarian investment site Deviant Investor and the author of several books, including “Fort Knox Down!” and “Gold Value and Gold Prices 1971 – 2021.” He is a retired accountant and business manager with 30 years of experience studying markets, investing, and trading. He writes about investing, gold, silver, the economy, and central banking. His articles are published on Deviant Investor as well as other popular sites such as 321gold.com, peakprosperity.com, goldseek.com, dollarcollapse.com, brotherjohnf.com, and many others.