WiFi Device Can See Through Walls: “Track a Human by Using Body as an Antenna Array” 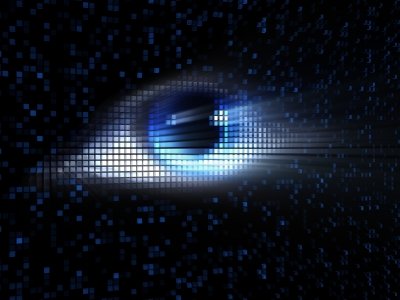 A new application of WiFi could take surveillance to the next level.

Now, MIT tech geeks have found a way to pinpoint location and track complex movement patterns with far greater accuracy – and what’s more, it can track people’s steps through walls, and the individuals or groups don’t even need to carry a cell phone!

Researchers continue to pursue invisible, pervasive ways to track human beings. […] Now there might be a new concern on the horizon – public WiFi signals that can identify and track groups of individuals, even if they are not holding a personal connected device.

Holy… tracked and followed, with no cell phones even necessary?

The project’s authors Fadel Adib and Dina Katabi explain in their abstract for MIT:

Wi-Fi signals are typically information carriers between a transmitter and a receiver. In this paper, we show that Wi-Fi can also extend our senses, enabling us to see moving objects through walls and behind closed doors. In particular, we can use such signals to identify the number of people in a closed room and their relative locations. We can also identify simple gestures made behind a wall, and combine a sequence of gestures to communicate messages to a wireless receiver without carrying any transmitting device.
[…]

It shows how one can track a human by treating the motion of a human body as an antenna array and tracking the resulting RF beam.

The MIT group are working with two similar platforms, known as Wi-Vi and WiTrack – extensions of the WiFi technology we all take for granted. Gigaom explains the technicals:

WiTrack operates by tracking specialized radio signals reflected off a person’s body to pinpoint location and movement. The system uses multiple antennas: one for transmitting signals and three for receiving. The system then builds a geometric model of the user’s location by transmitting signals between the antennas and using the reflections off a person’s body to estimate the distance between the antennas and the user. WiTrack is able to locate motion with significantly increased accuracy, as opposed to tracking devices that rely on wireless signals, according to Adib.

“Because of the limited bandwidth, you cannot get very high location accuracy using WiFi signals,” Adib says. “WiTrack transmits a very low-power radio signal, 100 times smaller than WiFi and 1,000 times smaller than what your cell phone can transmit. But the signal is structured in a particular way to measure the time from when the signal was transmitted until the reflections come back. WiTrack has a geometric model that maps reflection delays to the exact location of the person. The model can also eliminate reflections off walls and furniture to allow us to focus on tracking human motion.”

The tracked users will be potentially given incentives for using the technology – with applications including the ability to turn off a light from the other room by pointing at it through the walls.

Similar systems, such as the WiSee, have been developed specifically to allow users to command smart appliances in their homes from other rooms by directing gestures to turn on or off devices. It’s part of the lure of smart homes, which also double as totally pervasive panopticons from hell.

Basically, high tech surveillance of your every action will be so common place, that you will consider it domestic. Reporter Kevin Samson notes:

As if on cue, we are presented with the enormous benefits of this low-cost technology, while being given none of the potential negatives. In the video, we see the convenience element that would fit into the various applications of smart homes and the Internet of Things. Secondly are video games, which would take the somewhat cumbersome Wii to entirely new levels…

You’ll be able to tell if your kids listened to your orders to go to bed, or whether they are playing quietly behind their bedroom door.

Meanwhile, your employers will know if you are sitting dutifully at your station, and even if your breathing patterns give away dozing off for a nap or getting overly excited by a diversion or game.

Law enforcement will know the location and movement of suspects behind walls before knocking on the door (radar sweep devices already offer them this questionable and unchecked power without a warrant), etc. etc.

There are many applications for this technology, but while it is being sold as a consumer convenience (and novelty), more serious applications are surely being used to track and log population movements with precision.

SHTF previously reported on this one:

• Location tracking Wi-Fi is now being tested in Seattle and other locations as part of a wireless mesh network. Of course, most already know that their cell phones and computers share data with their providers, the NSA and a host of other data hungry watchers, but now the police are using boxes set up at numerous street intersections to ping and track cell phones in the area, logging location data for thousands of drivers, passengers and pedestrians that could be used to establish the whereabouts of a suspect, pursue criminals, as evidence in traffic disputes or perhaps for crowd control.

The Wi-Fi tracking devices appear as white boxes mounted on poles or street lights. The data interconnects through a wireless mesh network with existing traffic cameras, police squad vehicles, networks of cameras and other interfaces on the emerging fiber network, and a host of authorities in the region, including police, the Sheriff’s Department and the regional fusion center. Officially, the mesh network aides communication during emergency scenarios, but also functions as a roaming live-time surveillance network.

But again, the latest WiFi developments mean that you don’t even need to be carrying a cell phone or computer to be tracked.