Why You Need To Prepare For The Cashless Society: “They Want An Intimate Knowledge Of What You Buy and Sell” 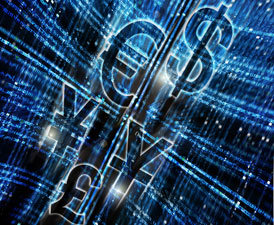 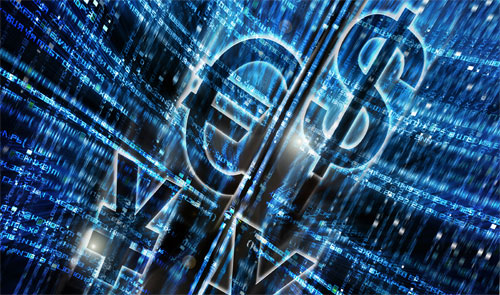 Earlier this month, the European Central Bank suggested that the 500 Euro note needs to be eliminated. Not long after, academics and policy makers in the US started to call for the elimination of the $100 bill. This isn’t something that the average person really thinks about on a regular basis, or even cares about. The vast majority of our purchases are done through digital channels these days. Unless you’re about to buy a used car on Craigslist, you probably won’t be needing the hundred-dollar bill. For most people, eliminating it would be an inconvenience at best.

So what gives? Why is anyone even considering the elimination of these bills? It seems like there is simply no need for it.

The truth is there are a lot of reasons why governments and banks want to eliminate these high denomination notes, and none of them are good. It should go without saying that the people who are pushing this are not going to give you a straight answer. You’re going to hear them give the same excuse over and over again for the foreseeable future: Large denominations are indispensable for black market transactions. They enable drug dealers, tax evaders, corruption, and terrorism.

But that’s just what they’ll say in the beginning. One day they’ll give all those same excuses, except instead of suggesting the elimination of large denomination bills, they’ll suggest we get rid of cash instead.

That’s right. What the government, multinational corporations, and the central banks really want, is a completely cashless society, and they’re going to start by eliminating the bills we don’t use very often. Pro-gun supporters will recognize this strategy as the “slippery slope.” Start out with something small that sets a precedent, and quietly eliminate everything over a long period time so no one notices.

Eliminate certain bills, restrict large cash purchases, demonize people and businesses that hold large amounts of cash and confiscate their wealth through asset forfeiture, flag bank accounts that transfer large sums of money, etc. You may recognize some of those as policies that are already in place. The anti-cash crusade is happening right now, and here’s the real reason why:

For starters, there are people in both the public and private sector that want to track everything you do. Like a stalker, they just really really want to get to know you better. They want an intimate knowledge of what you buy and sell. The corporations that are in bed with our government would love to have this knowledge, so they can do a better job of tailoring their marketing to you.

The governments that are in bed with the corporations want to use that knowledge to rule every aspect of your life. You can’t live if you can’t buy and sell, so without cash you’ll be locked into a system that you can’t opt out of. They say that cash is for terrorists and criminals, but they don’t want you to realize that you’re in the same boat as them. No cash means no anonymous transactions.

The second biggest reason? They want to steal from you. Taxes aren’t enough. They can’t bring themselves to stop spending our money and putting us into debt, and we don’t want to give them anymore money, so raising taxes through a legitimate political process is off the table.

Instead they’re going to lower your interest rates. How low? Ideally they want negative interest rates. They want to make it impossible for you to save money. The excuse for this will be different from before. They’ll do it when the next major recession hits, so they can say that it’ll be good for the economy. If saving money means losing money, then you’ll spend money, thus supporting the economy. But really, they just want to legally steal from you (insert taxation joke here). They know that if cash isn’t eliminated before these negative rates are implemented, you can simply pull your money out of the bank and hide it in your mattress. They don’t want to leave you with any choice.

As you can see, physical cash is an essential means for maintaining your liberty. That’s why, in light of recent calls to disband high denomination bills, two right-wing Swiss politicians have proposed the exact opposite. Philip Brunner and Manuel Brandberg have suggested the creation of a 5000 franc note to ensure the safe haven status of Switzerland’s currency. Their reason? Cash is so important to individual liberty, that it could be compared to the right to bear arms.

In this context “cash is comparable to the service firearm kept by Swiss citizen soldiers,” the pair argued in their motion, saying they both “guarantee freedom”.

“In France and Italy already cash payments of only up to 1,000 euros are allowed and the question of the abolition of cash is being seriously discussed and considered in Europe, “ Brunner said on his Facebook page.

So how will you preserve your freedom if, and probably when this comes to pass?

The most obvious solution would be to stock up on gold and silver before the cash ban arrives, because that is really the best alternative. Precious metals provide the only other convenient way to make untraceable purchases (you’ll probably start to see underground markets pop up to cater to many of the normal purchases you make every day).  After all, gold and silver were the most popular forms of currency until the 20th century. Alternatively you could put your money in any physical asset that may hold its value, such as land or firearms for example; but for daily purchases, gold and silver are king.

Of course, the government could try to ban that as well. They tried confiscating gold before and they could do it again. However, it’s not going to do them any good. When negative interest rates arrive with the cashless society, there will be millions of people moving their assets into gold and silver. They’ll be joining everyone who is operating in the black market, who will have already moved into precious metals by necessity.

There would be widespread disobedience against those rules. Nobody is going to give a damn about the laws at that point. If the government tries to brazenly wipe out everything you’ve earned throughout your entire life, you won’t be too concerned about the law and neither will millions of other savers. With that many people, it will be impossible for the government to really clamp down on it.

In short, gold and silver are the best things you can buy to prepare yourself for the cashless society. A lot of people will be rushing into precious metals if our government decides to get rid of cash, and the government will likely be helpless to stop you. So stock up now before the herd realizes what’s happening to them.

As Banks Seek Monopoly Over Economy, “Cash Is Being Gradually Taken Away”