Why WWIII Is On The Horizon: “The Prospect Of Armegeddon Will Continue To Rise” 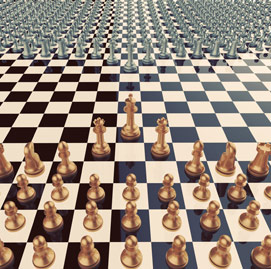 This analysis was originally published at PaulCraigRoberts.org 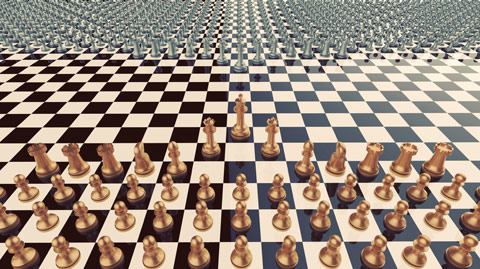 The collapse of the Soviet Union in 1991 gave birth to a dangerous American ideology called neoconservativism. The Soviet Union had served as a constraint on US unilateral action. With the removal of this constraint on Washington, neoconservatives declared their agenda of US world hegemony. America was now the “sole superpower,” the “unipower,” that could act without restraint anywhere in the world.

“We have overwheming global power. We are history’s designated custodians of the international system. When the Soviet Union fell, something new was born, something utterly new–a unipolar world dominated by a single superpower unchecked by any rival and with decisive reach in every corner of the globe. This is a staggering new development in history, not seen since the fall of Rome. Even Rome was no model for what America is today.”

The staggering unipolar power that history has given to Washington has to be protected at all costs. In 1992 top Pentagon official Undersecretary Paul Wolfowitz penned the Wolfowitz Doctrine, which became the basis for Washington’s foreign policy.

The Wolfowitz Doctrine states that the “first objective” of American foreign and military policy is “to prevent the re-emergence of a new rival, either on the territory of the former Soviet Union or elsewhere, that poses a threat [to US unilateral action] on the order of that posed formerly by the Soviet Union. This is a dominant consideration underlying the new regional defense strategy and requires that we endeavor to prevent any hostile power from dominating a region whose resources would, under consolidated control, be sufficient to generate global power.” (A “hostile power” is a country sufficiently strong to have a foreign policy independent from Washington’s.)

The unilateral assertion of American power begin in ernest during the Clinton regime with the interventions in Yugoslavia, Serbia, Kosovo, and the no-fly zone imposed on Iraq. In 1997 the neoconservatives penned their “Project for a New American Century.” In 1998, three years prior to 9/11, the neoconservatives sent a letter to President Clinton calling for regime change in Iraq and “the removal of Saddam Hussein from power.” Neoconservatives set out their program for removing seven governments in five years. http://www.globalresearch.ca/we-re-going-to-take-out-7-countries-in-5-years-iraq-syria-lebanon-libya-somalia-sudan-iran/5166

The events of September 11, 2001, are regarded by informed people as “the new Pearl harbor” that the neoconservatives said was necessary in order to begin their wars of conquest in the Middle East. Paul O’Neil, President George W. Bush’s first Treasury Secretary, has stated pubicly that the agenda of President Bush’s first meeting with his cabinet was the invasion of Iraq. This invasion was planned prior to 9/11. Since 9/11 Washington has destroyed in whole or part eight countries and now confronts Russia both in Syria and Ukraine.

Russia cannot allow a jihadist Caliphate to be established in an area comprising Syria/Iraq, because it would be a base for exporting destabilization into Muslim parts of the Russian Federation. Henry Kissinger himself has stated this fact, and it is clear enough to any person with a brain. However, the power-crazed fanatical neoconservatives, who have controlled the Clinton, Bush, and Obama regimes, are so absorbed in their own hubris and arrogance that they are prepared to push Russia to the point of having their Turkish puppet shoot down a Russian airplane and to overthrow the democratically-elected government in Ukraine that was on good terms with Russia, substituting in its place an American puppet government.

To perpetuate American hegemony, the neoconservatives threw away the guarantees that Washington gave Gorbachev that NATO would not move one inch to the East. The neoconservatives pulled the US out of the ABM Treaty, which specified that neither the US nor Russia would develop and deploy anti-ballistic missiles. The neoconservatives re-wrote US war doctrine and elevated nuclear weapons from their role as a retaliatory force to a pre-emptive first strike force. The neoconservatives began putting ABM bases on Russia’s borders, claiming that the bases were for the purpose of protecting Europe from non-existent Iranian nuclear ICBMs.

Russia and Russia’s president, Vladimir Putin, have been demonized by neoconservatives and their puppets in the US government and media. For example, Hillary Clinton, a candidate for the Democratic nomination for president, declared Putin to be “the new Hitler.” A former CIA official called for Putin’s assassination. Presidential candidates in both parties are competing in terms of who can be the most aggressive toward Russia and the most insulting toward Russia’s president.

The effect has been to destroy the trust between nuclear powers. The Russian government has learned that Washington does not respect Washington’s own laws, much less international law, and that Washington cannot be trusted to keep any agreement. This lack of trust, together with the aggression toward Russia spewing from Washington and the presstitute media and echoing in the idiotic European capitals, has established the ground for nuclear war. As NATO (essentially the US) has no prospect of defeating Russia in conventional war, much less defeating an alliance of Russia and China, war will be nuclear.

To avoid war, Putin is non-provocative and low-key in his responses to Western provocations. Putin’s responsible behavior, however, is misinterpreted by neoconervatives as a sign of weakness and fear. The neoconservatives tell President Obama to keep the pressure on Russia, and Russia will give in. However, Putin has made it clear that Russia will not give in. Putin has sent this message on many occasions. For example, on September 28, 2015, at the 70th anniversary of the United Nations, Putin said that Russia can no longer tolerate the state of affairs in the world. Two days later Putin took command of the war against ISIS in Syria.

The European governments, especially Germany and the UK, are complicit in the move toward nuclear war. These two American vassal states enable Washington’s reckless aggression toward Russia by repeating Washington’s propaganda and supporting Washington’s sanctions and interventions against other countries. As long as Europe remains nothing but an extension of Washington, the prospect of Armegeddon will continue to rise.

At this point in time, nuclear war can only be avoided in two ways. One way is for Russia and China to surrender and accept Washington’s hegemony. The other way is for an independent leader in Germany, the UK, or France to rise to office and withdraw from NATO. That would begin a stampede to leave NATO, which is Washington’s prime tool for causing conflict with Russia and, thereby, is the most dangerous force on earth to every European country and to the entire world. If NATO continues to exist, NATO together with the neoconservative ideology of American hegemony will make nuclear war inevitable.

The Grand Finale: “World War III Will Be A Fight Over Basic Human Needs – Food and Other Commodities”

How the U.S. Is Being Set Up to Lose World War III: “Nothing Is More Frightening As The Blatant Treason On Display In the White House”