Why EVERYONE Should Be Outraged At Assange’s Arrest 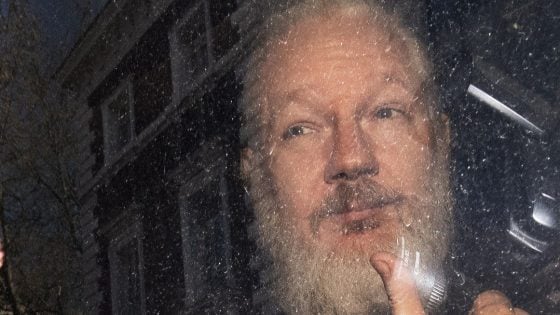 By now, most have heard that Wikileaks founder Julian Assange has been arrested. The journalist was forcibly taken from the Ecuadorian embassy. Assange is perhaps most known for leaking Hillary Clinton’s campaign advisor’s emails during the 2016 election.

Much of the discussion over the recent arrest and indictment of Assange has revolved around whether or not his activities qualified as journalism or hacking. This is a key element in the government’s vendetta against the transparency activist.

The government doesn’t like it when the truth about their actions is revealed and we should all be appalled at how Assange is being treated for telling the truth.

The government is trying to make an example out of Assange right now, for he dared to publish the truth.

The indictment justifying Assange’s extradition to the United States is based on alleged hacking. But Assange didn’t do much in the way of “hacking” at all. In truth, much of the government’s affidavit against Assange describes perfectly legal and legitimate technology-assisted journalism.

By conflating hacking and journalism, prosecutors kill two birds with one stone. They can take down their public enemy number one while setting a precedent that could harm future would-be muckrakers.

In December of 2017, the FBI filed an affidavit to support a criminal complaint against Assange based on an alleged conspiracy to violate the Computer Fraud and Abuse Act(CFAA). This law, which got kicked into gear after President Reagan was spooked by the hacking movie WarGames, makes it a crime to “knowingly access a computer without authorization or exceeding authorized access” to obtain information.-Reason

Using the vague language of the archaic law, the government will attempt to take down Assange. The bottom line is that we all know Assange had to be taken down because Wikileaks exposed many government operatives as they truly are. Maybe he’s a hero. Maybe you think he’s that jerk that caused Hillary Clinton’s loss in 2016 to Donald Trump. Either way, we should all be worried about such government abuses of “hacking” laws in order to crush ideological enemies.

Assange’s arrest should outrage everyone across party lines and awaken the masses to what the government really is, and it’s anything but transparent and benevolent. The government wants only to maintain its grip around the necks of the public to remain in control of everyone they have claimed ownership of. Sharing the truth about what the government does is a danger to the power-hungry elitists and they will make sure we all know it is not to be tolerated.