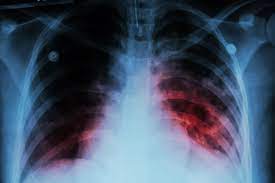 The World Health Organization has issued a warning about tuberculosis. For the first time in about 20 years, the number of people infected with TB has increased, causing concern among global health bodies.

In its report published on Thursday, the WHO revealed that a total of 10.6 million people were diagnosed with tuberculosis last year, with 1.6 million more succumbing to the disease. The latter figure rose for the second consecutive year.  The WHO recorded a 4.5% year-on-year increase in 2021, with some experts claiming little attention is being paid to the dire situation since the disease mostly affects poorer regions, according to a report by RT.

Commenting on the report’s findings, Dr. Lucica Ditiu, the executive director of the Stop TB Partnership, lamented that “despite this shockingly upward trend of TB mortality and infection rates, funding for fighting TB decreased in 2020 and 2021 from an already pathetically low level.” Speaking to Britain’s The Guardian newspaper, she questioned whether the lack of resources was down to the fact that the infection “affects mainly poor people from poorer countries, and it is more comfortable to simply neglect them.”

Ditiu’s concerns were echoed by Mel Spigelman, president of the TB Alliance, who described tuberculosis as the “quintessential disease of poverty,” and suggested that this means that it does not have the “political pressure and financial incentives behind it that do diseases that affect the more affluent parts of global society.” –RT.

According to a report by the Treatment Action Group and the Stop TB Partnership issued in December 2021, the total amount of global funding for tuberculosis research was $915 million in 2020. That fell short of the $2 billion target set by the United Nations in 2018. However, most of that money ended up being invested in Covid vaccines, instead of tuberculosis vaccine research, the groups claimed.