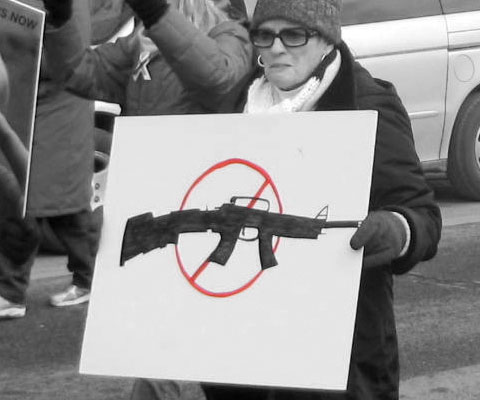 As gun ownership and the number of concealed carry permits have soared under President Obama, who has been dubbed history’s greatest gun salesman, new statistics show that the murder rate has dropped significantly during the same period.

While the well-funded gun control lobby has attempted to an image of increased violence among populations where guns are prevalent, reality has repeatedly demonstrated that guns prevent crimes, not only lowering the rate of homicides and violent crimes, but deterring general crime as well.

Perhaps the latest Crime Prevention Research Center numbers will end the debate once and for all, and curb the bunk arguments gun grabbers have used to fuel their disarmament campaign. According to the Washington Times:

Since 2007, the number of concealed handgun permits has soared from 4.6 million to over 12.8 million, and murder rates have fallen from 5.6 killings per 100,000 people to just 4.2, about a 25 percent drop, according to the report from the Crime Prevention Research Center.

The number of concealed carriers is likely even higher, since permits are not required in eight states.

Gun rights advocates say that the findings in the report fall in line with their personal experiences and research and directly refute the liberal argument that more guns lead to more violence.

“It puts the lie to the myth promulgated by anti-gun individuals that somehow more law-abiding citizens carrying guns will lead to more crime. In fact, quite the opposite is the case,” said Larry Keene, senior vice president and general counsel for the National Shooting Sports Foundation. “More law-abiding citizens own firearms for self-protection, and crime continues to decline.”

It has not gone unnoticed that virtually even mass shooting in the headlines has occurred in a “gun free zone,” while cities like Chicago, dubbed the murder capital of the world, have some of the strictest gun laws in America.

The inverse correlation of violence and gun ownership across several statistical categories at the state and federal level have repeatedly supported the arguments of gun rights advocates, but don’t expect that to stop those bankrolling the pervasive efforts to disarm.

The likes of former New York Mayor Michael Bloomberg are not interested in intellectual debates or factually supported statements; they are interested in using emotionally-driven sensation tragedies to persuade people into giving up their own rights.

Stay vigilant, and keep this knowledge in your well prepped arsenal.